Mavka’s Universe in Kyiv: a Specially Decorated ‘Silpo’ Supermarket, Adorned with Art from the Animated Film

On November 20th, in the Blockbuster Mall, a thematic supermarket branded with the art from an upcoming animated film ‘Mavka. The Forest Song’ opened. This project is the result of artistic collaboration between two big national brands: animation studio Animagrad (FILM.UA Group) and supermarket chain ‘Silpo’.

The day before the official opening happened, an official press conference for the media partners and Ukrainian celebrities took place. Speakers on the briefing were: the representative for Blockbuster Mall Vitalii Boiko, producers of the animated film Iryna Kostyuk and Anna Eliseeva, brand chief of ‘Silpo’s’ restaurant projects Marco Cervetti and marketing director of ‘Silpo’ Ekateryna Oguryaeva. 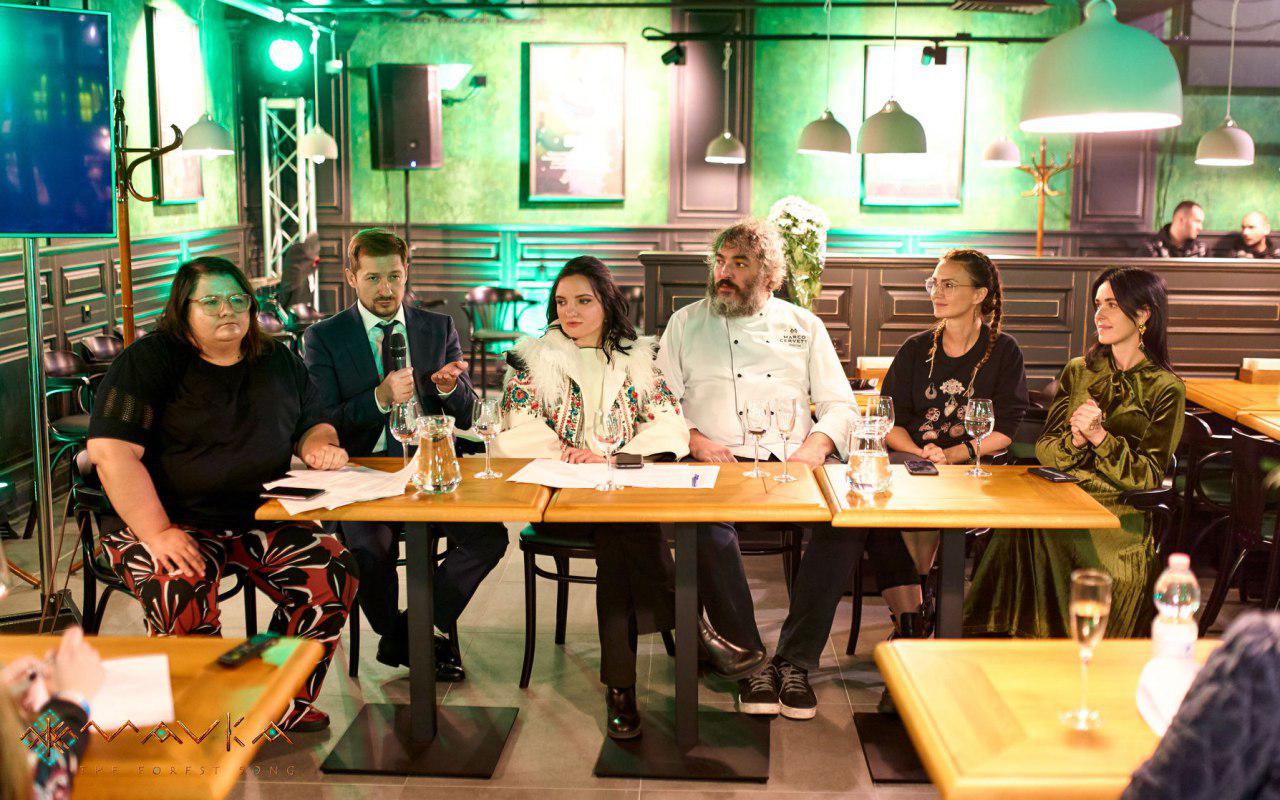 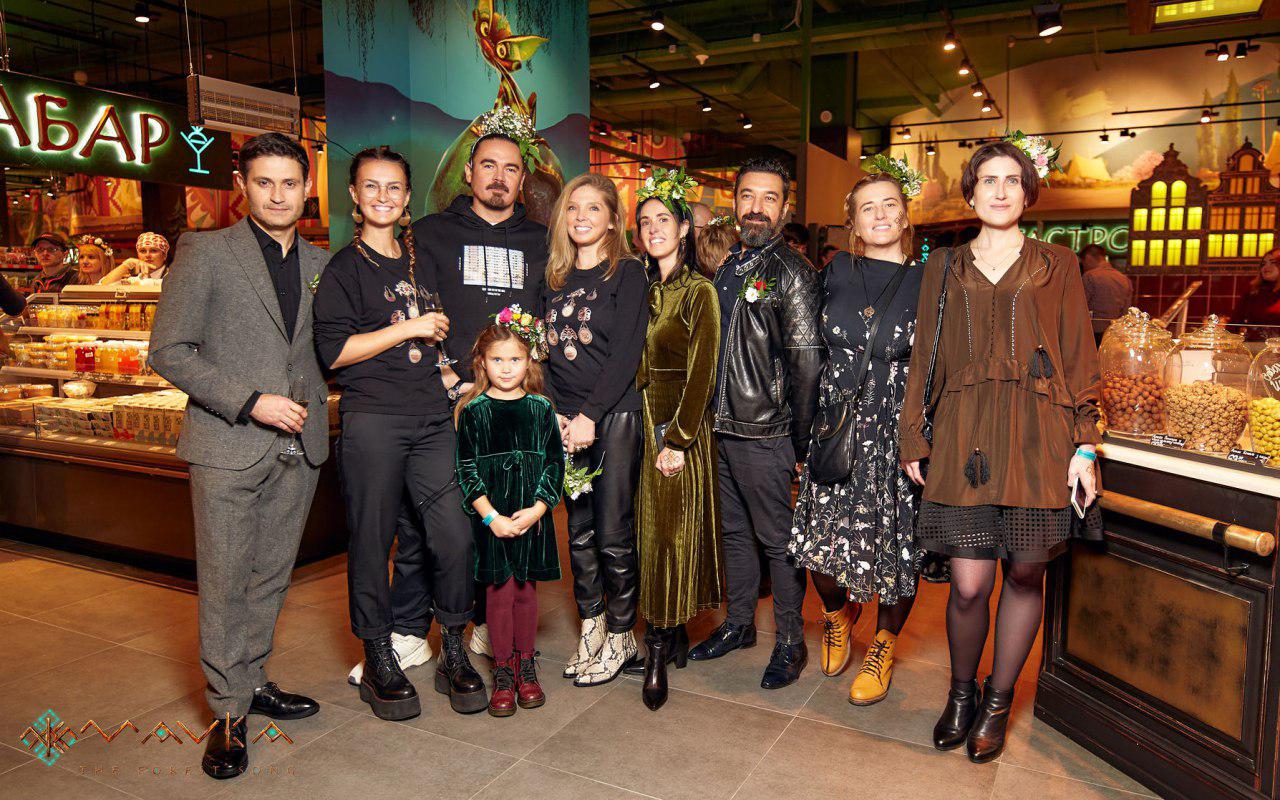 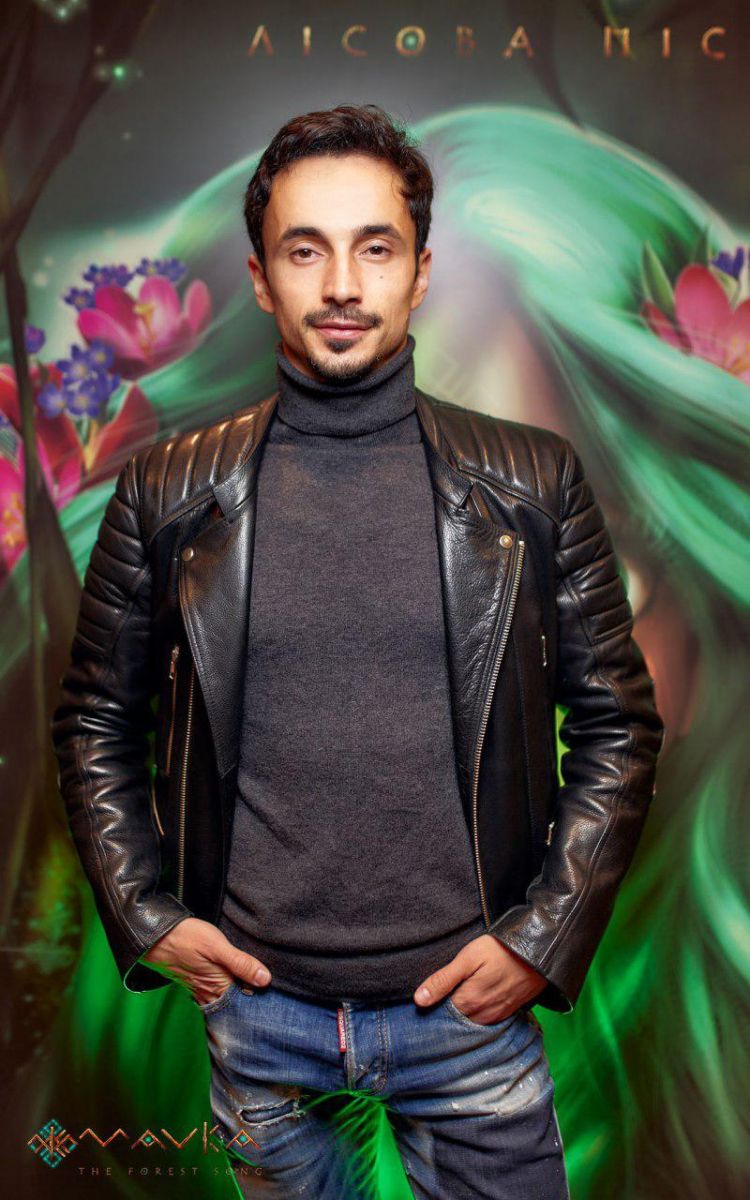 Now everyone is able to immerse themselves into a magic of Ukrainian legends, to enjoy unique artworks and to get acquainted with a charming Mavka’s Universe. The new supermarket became a passage into a fairytale amongst the loud megalopolis. 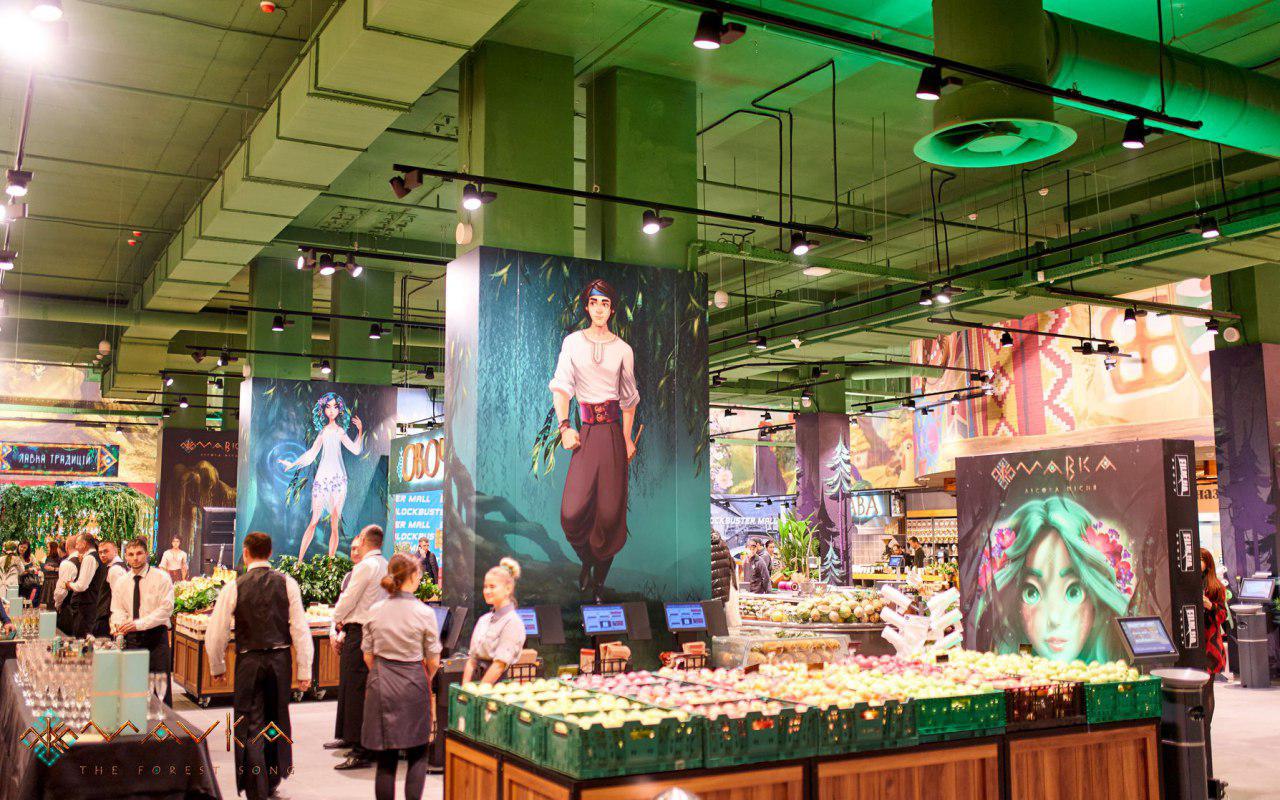 This is the first entry of the Mavka’s Universe into the real world, on a scale this big. In the new supermarket, visitors can experience an atmosphere of Ukrainian primeval forests, where a miracle can hide over every corner. There they can meet the characters of an upcoming animated film ‘Mavka. The Forest Song’, see the incredible artwork of this project, and become a part of this magical world. Besides, they can purchase other Mavka branded goods — ‘Galychyna’ yogurts and sweets or holiday sweets gifts from ‘Lucas’™. 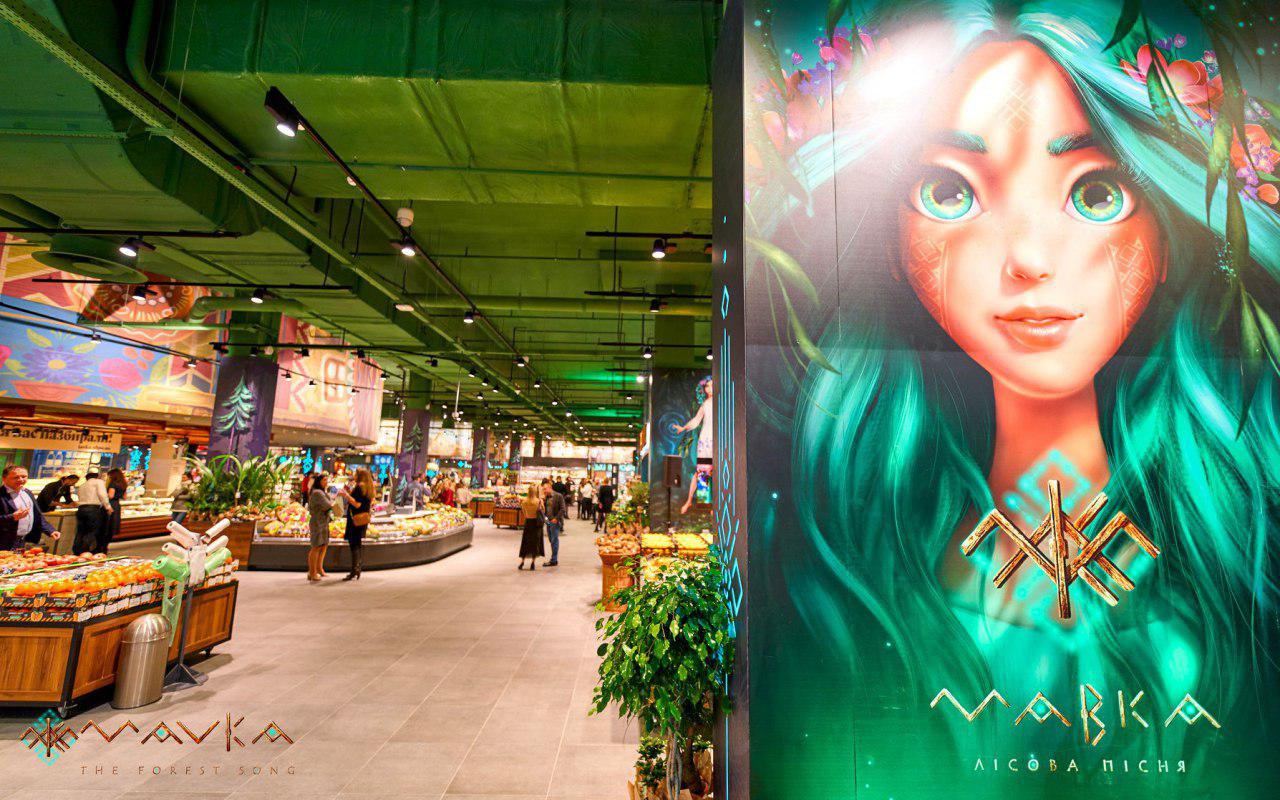 “Animagrad aspires to create national animated characters that would become beloved by our audience. We yearn for the youngest generation to grow up with modern Ukrainian culture, imagery, tradition, thus we are proud that Mavka has begun this journey, and as a brand had already conquered the hearts of many Ukrainians, our commercial partners amongst them. We are happy that ‘Silpo’ — a big, progressive and dynamic company shares our views, and makes a bet on Ukrainian heroes, seeing in it a benefit for development,” — tells the producer of the project Iryna Kostyuk. 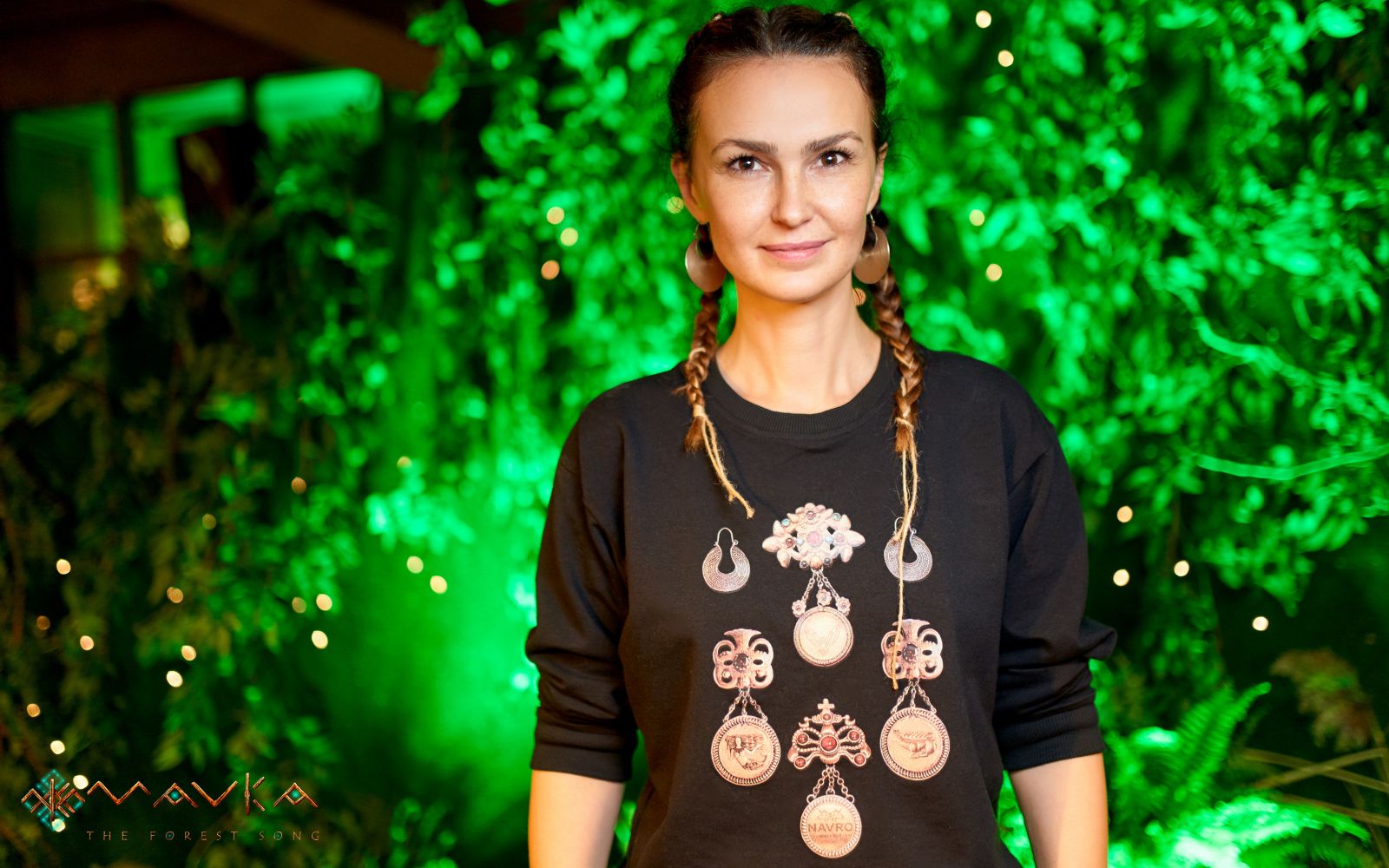 Customers of the supermarket will be met by Mavka the spirit of the forest, her beloved Lucas, Swampy, Voda, Forester, nymphs Ondina, Laurel and Misty, and many other characters.

“Mavka’s Universe is beautiful and limitless, it has a multitude of meanings and messages to both national and international audiences, that’s why it has so many formats of application — from the animated film itself to the branding of spaces. When we eventually saw the finished store we were astonished by the scale and masterful execution of the project. We are happy that Mavka has such offline residency, which, I’m sure, will be visited by the families, not only to shop but for fun and aesthetic pleasure,” — notes creative producer of the animated film ‘Mavka. The Forest Song’ Anna Eliseeva. 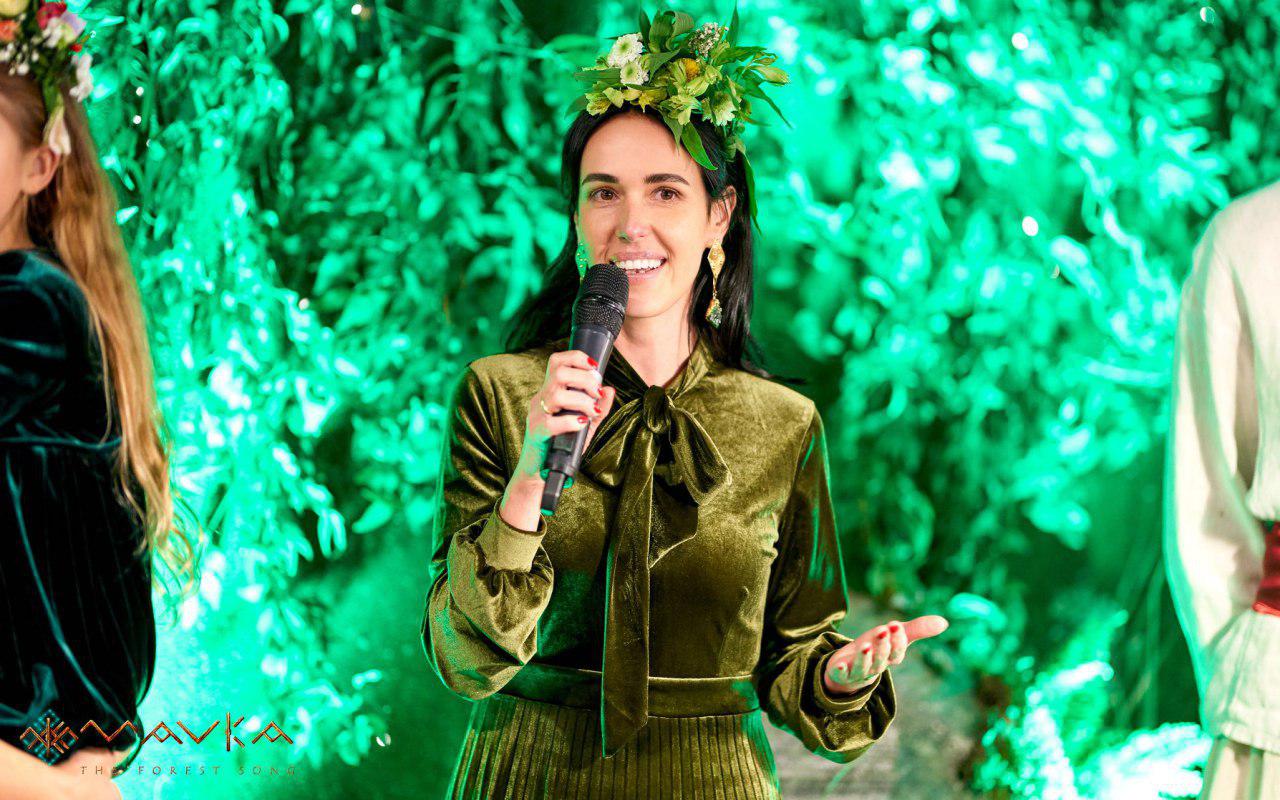 One of the walls of the new shop is decorated with a remarkable picture of the Forest and the Lynx. She and her cub are the characters of the film that are attracting attention to the problem of the population of these animals in the region of Polissia. Animated film ‘Mavka. The Forest Song’ also has an ecological mission, its goal — to help the conservation of endangered animal species.Together with World Wildlife Fund WWF in Ukraine ‘Mavka’ has founded a national long term charity campaign ‘Home for the Lynx’ to help the lynx and her cubs survive in Ukrainian forests.

“We fell in love with Mavka’s Universe immediately, and this shop is our contribution to the popularization of Ukrainian cinematic arts. We have spent a lot of time to make our guests feel a special atmosphere. Apart from character incorporation into the design, you would be able to find runes, patterns strange plants and magic”, — adds the marketing director of Silpo Kateryna Oguryaeva. 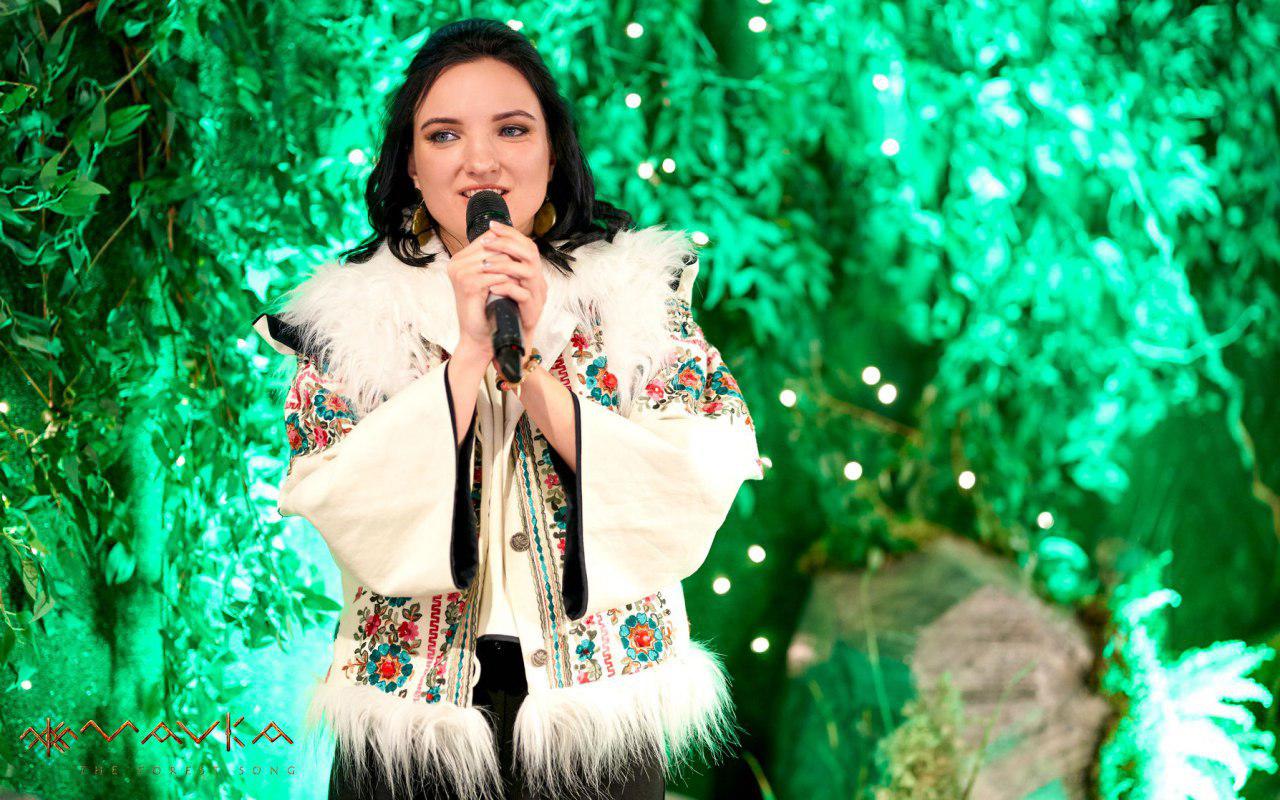 In this unique supermarket apart from experiencing a magical atmosphere of the world of the animated film ‘Mavka. The Forest Song’, visitors can also enjoy a spectacular photo zone with AR-effect situated near the entrance. With MAVKA AR app one can witness a true miracle. You just need to point a camera of your phone on the magic rune, and it will come to life on the screen.

Blockbuster Mall is situated оn one of the most active crossroads of Kyiv — Stepana Bandery ave and Naberezhno-Rybalska st. “We’ve realized that all advantages of location should be utilized to their limit, thus the concept for it included characteristics that put this Mall head and shoulders above its competition. The opening of the biggest specially designed supermarket of ‘Silpo’ chain in Kyiv is one of the logical steps in the realization of our masterplan,” — explained Vatalii Boiko, founder & CEO of NAI Ukraine, a company that created a concept for Blockbuster Mall.

Mavka’s Universe grows and develops by the day. This new collaboration shows how much big brands trust our project. Even before the animated film is released, Mavka brand on its own merit is getting applied on other platforms. This has no parallels globally because this usually happens during or after the release of the films.