"Everybody wants to be like Mavka": the European premiere of the first teaser of the Mavka. The Forest Song project in Annecy made people talk about Ukraine

June 15 in Annecy, in the content market of MIFA, which annually takes place during the most prestigious animation festival in the world (Annecy International Animated Film Festival), the European premiere of the first teaser of the animated film Mavka. The Forest song happened. The presentation took place at the National Ukrainian stand, gathered representatives of the world's largest studios, investors, buyers and distributors and became one of the brightest events of the market. 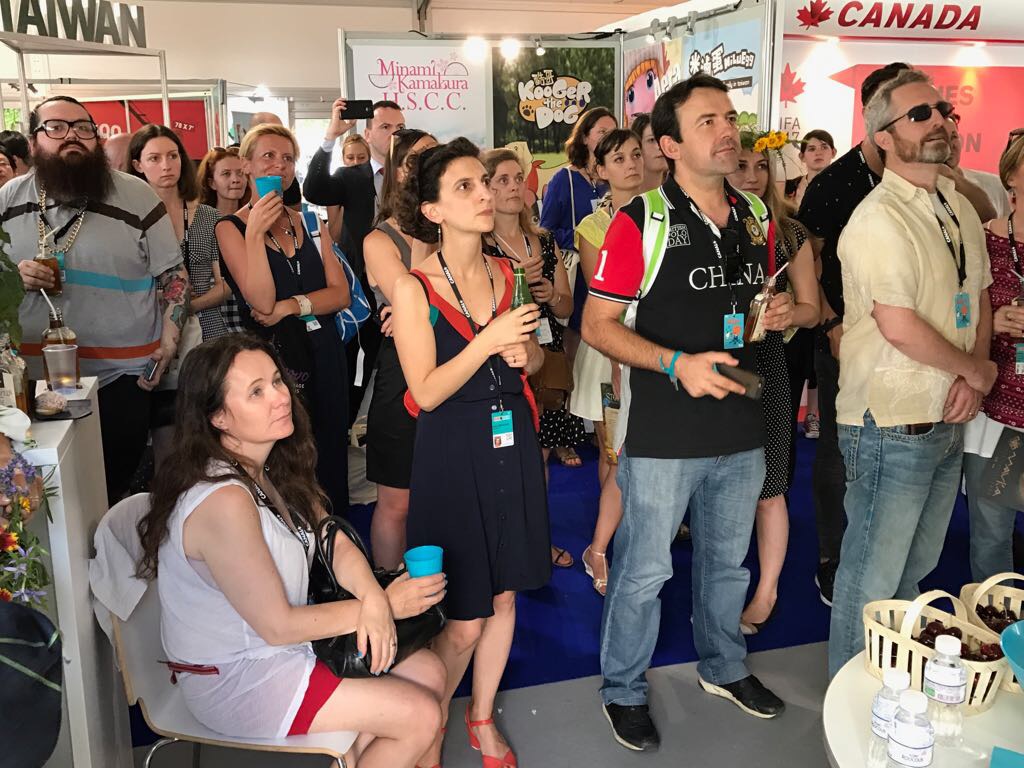 The guests of the premiere in Annecy were the first to meet the main character of the cartoon Mavka — the soul and the keeper of the Forest, as well as her friend — a funny Kotozhab (cat-toad). In addition, the teaser presents one of the main locations of the film — the  glade where the magical willow grows. The strength and magic of the key moment in the story — Mavka is meeting  her love — is easier to feel because of enchanting melody of Lukha's "sopilka" (reed pipe). This musical theme, which will become one of the main themes in the soundtrack of the future film, was written and performed by famous Ukrainian musicians from the DakhaBraha band and multi-instrumentalist Maxim Berezhnyak.

«I was very impressed by the delicate work you did on this trailer for Mavka. The light and the textures (together with the color palet) are very subtile and serve totally the ambition and the direction of the film» — shared the impressions  one of the guests of the presentation, Corinne Cooper, Executive Producer of TeamTO — the third largest animation company in France (among the projects of the company animated series for Disney Television Animation — "Sofia the first" And "Elena, the Princess of Avalor").

The surprise was set for guests: the producers personally wove wreaths and gifted them to guests to make them feel as a part of the magical world of the cartoon. Those who wanted to try on Mavka style were so many that Irina Kostiuk only, had to make more than thirty unique ornaments that evening, which then could be seen throughout the city that evening. Guests wanted to look not only like the main character of the project, but like the films team: Irina Kostyuk and Anna Eliseeva were in wreaths by Patoka and wore dresses based on the cartoon by designer Olga Navrotskaya. Recall that it was she who became the costume designer of the film and it is she who owns the idea of the dress, in which Mavka appears in the teaser. 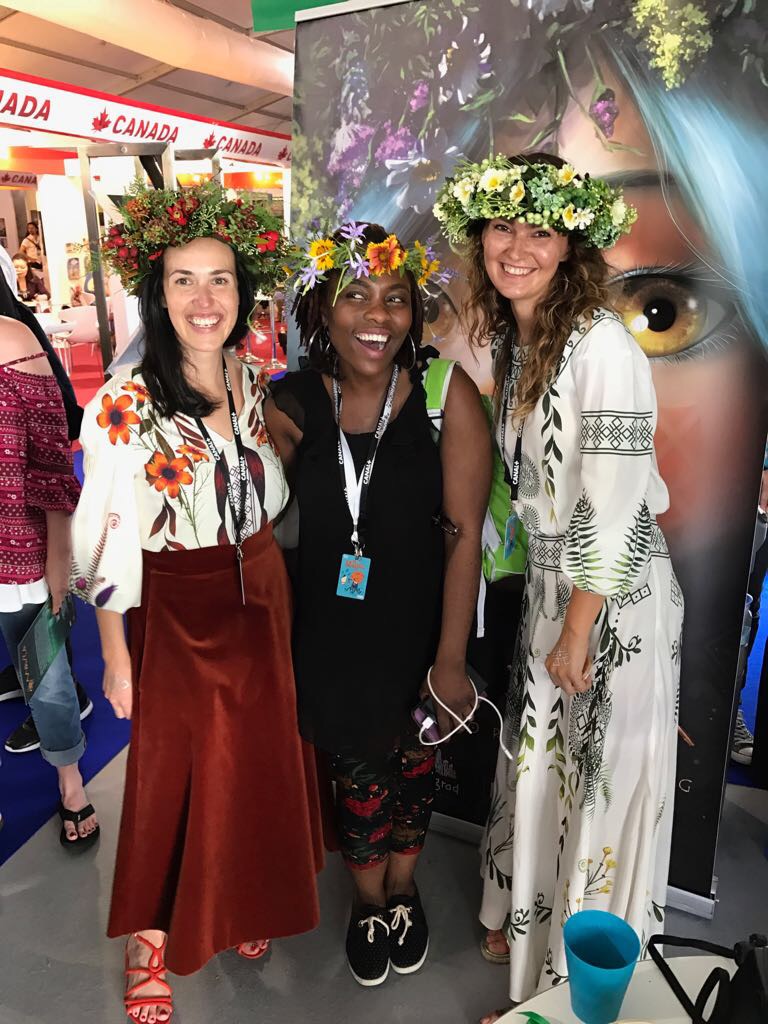 Also, the visitors were delighted by the temporary "Mavka's Tattoos" using the Augmented Reality technology, which were previously presented at the Cartoon-360 in Barcelona, and their ornament was also used in the teaser.

The day after the presentation, Irina Kostyuk presented the project Mavka. The Forest Song during the round table "Engaged & Emerging Filmmakers" as a part of the first international conference WOMEN IN ANIMATION WORLD SUMMIT sponsored by Walt Disney Studios. Irina's co-speakers became her colleagues from all over the world who work on animation projects in a wide variety of genres, and moderator of the discussion was Bonnie Arnold, president of DreamWorks Animation, nominee for the Oscar. She can be called, without exaggeration, the legend of the world's animation: for 33 years she held executive positions in Columbia Pictures, Walt Disney Feature Animation, Pixar and DreamWorks Animation, and also produced such projects as "Family Addams", "Toy Story", "Tarzan", "How to Train Your Dragon" and other cult projects of world cinema and animation.

At the summit Irina talked about the common position of Animagrad, honest and tolerant in gender and age issues, and about the features of work on the cartoon Mavka. The Forest Song, where many women professionals are involved: project producers Irina Kostyuk and Anna Eliseeva, director Sasha Ruban, costume designer Olga Navrotskaya work with dedication on modern interpretation of Lesya Ukrainka and present to the world  her unique female character Mavka.

Bonnie showed her admiration for the project with a film and wished the creators luck, and noted that authenticity and a strong female character is a hot-trend in the world of animation.

Thus, the trip to Annecy became a new step in the promotion of the project in the world market. Among potential partners of Mavka, are Germany, France, Belgium and Czech Republic. One of the important results of the trip to Annecy was the expansion of the circle of partners interested in co-production of the film to the east: the producers received proposals from the representatives of India, and the interest from the multi-million, in all aspects, China to the project is extremely high and promising. 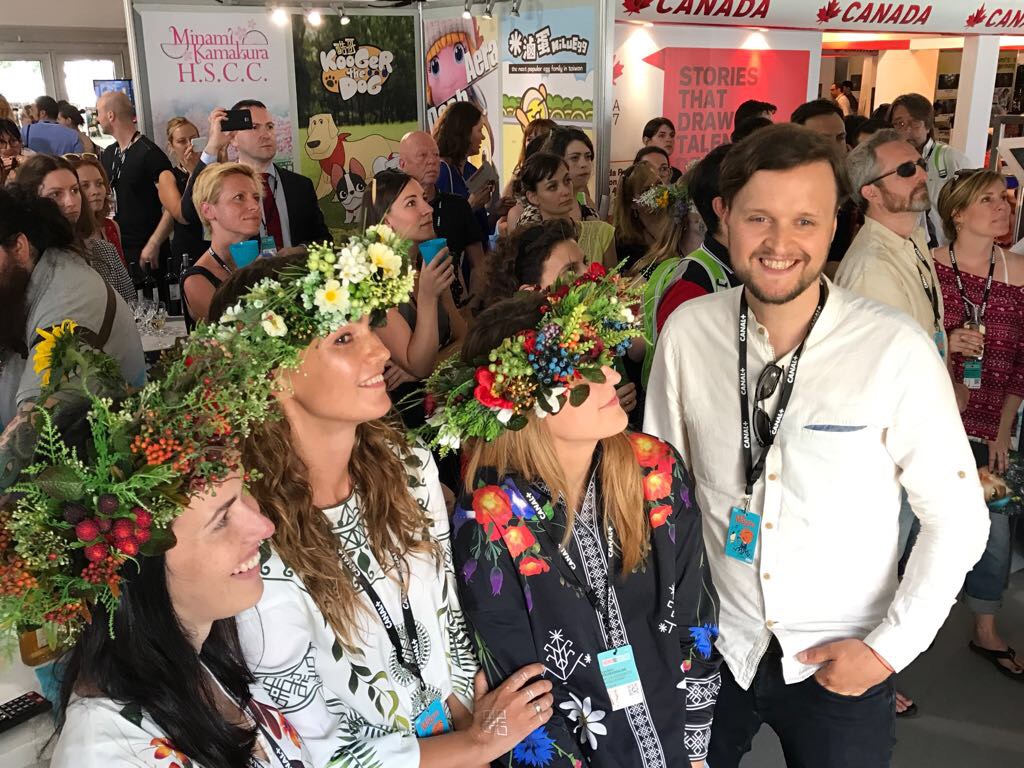 It is worth noting a significant interest in the project of global sales agents, although the pre-sale phase is not yet open.

The national premiere of a teaser of an animated film will take place as a part the Odessa International Film Festival, this summer.