Our congratulations go to Olga Navrotska and her brand NAVRO for the victory in Best Costume Design nomination at La Jolla Fashion Film Festival in California! 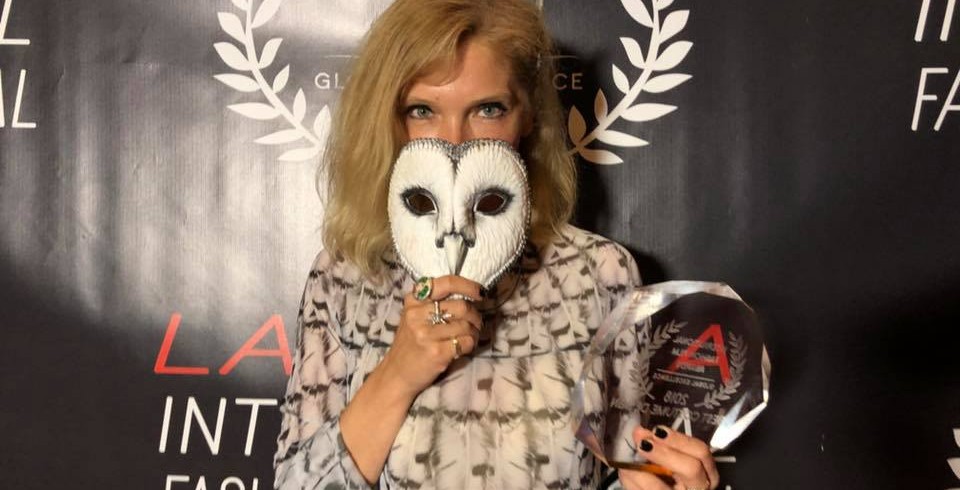 Olga Navrotska continues expanding her horizons and adding to her achievements. Inseparable, a fashion film by the designer which she made for own brand NAVRO to the music by Oleg Mykhaylyuta was presented in seven nominations at the biggest festival of fashion short films La Jolla, which took place in California.

Olga creates magical images for clothing of Mavka, the main character of MAVKA animated film. It was the dress from MAVKA collection by NAVRO that played the main role in the winning video. The dress recreates elements of Mavka’s outfit the audience saw her in when watching the first teaser of the film. Olga went to California to present her video in person and was accompanied by Oleg Mykhaylyuta. It was him who posted in social networks about the competition result: Inseparable was awarded for Best Costume Design. “It always feels great when your music becomes the start of something significant and beautiful ) I congratulate Olga Navrotska on our first American award, because winning Best Costume Design for a fashion video, especially when the competitors’ films feature such brands as Guerlain, Vogue, and Gucci, is a real victory and a reason to celebrate!”, the musician wrote on his Instagram.

In California, the designer gave an interview in English for the first time in her life. According to her, she “didn’t say everything she wanted to, but a designer making films surprised them.” Inseparable is a video about the unbreakable bond between the light and the dark side. Some costumes were made especially for the video and some taken from the brand collections. Ukrainian premiere is due to happen soon after the festival, and for now, you can watch the teaser.