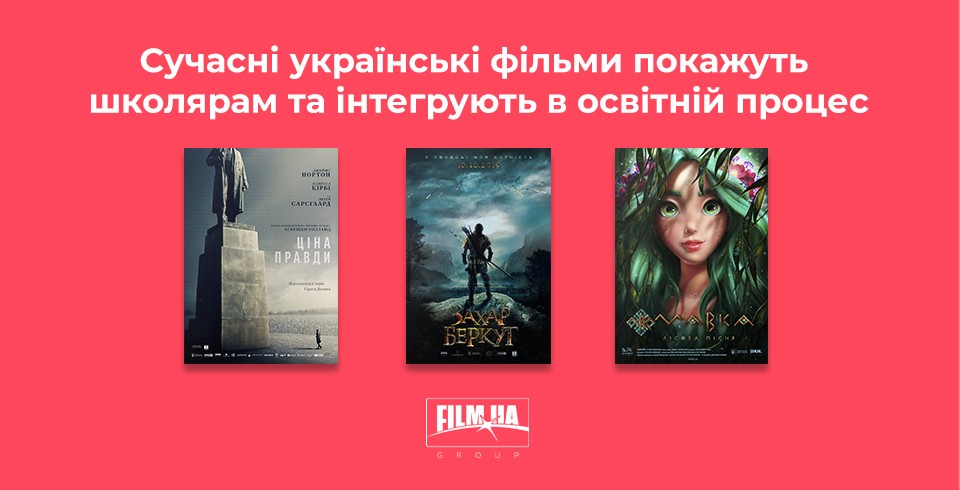 A memorandum on cooperation and consolidation of efforts in using Ukraine-produced films in study programs of general secondary schools was signed between the Ministry of Culture of Ukraine, Ministry of Education and Science of Ukraine, and Ukrainian Film Association.

The memorandum was signed by Yevhen Nyschuk, Minister of Culture; Lilia Hrynevych, Minister of Education and Science; and Viktoria Yarmoschuk, executive director at Ukrainian Film Association.

The document concerns an intention to use Ukraine-produced films the topics of which are connected to study programs of general secondary schools as tools for informal education. Screening such films during the learning process will facilitate the formation of outlook and general human values of the young generation and will help to familiarize children in an easy and fun way with different aspects of Ukrainian culture and history as well as with the products of contemporary Ukrainian cinematography. Besides, the Ministries are ready to provide informational support to the wide theatrical release of such films, namely by sending informational letters to the school principals with recommendations to organize cinema visits for the students. This means film viewings at matinees by student groups at discounted prices; negotiations about this are ongoing.

To implement memorandum provisions, a separate media resource titled Mediatheque will be created at a National Educational E-platform implemented by the Ministry of Education Science as part of reform concept for general secondary education. This section will contain a list of feature films and documentaries recommended for viewing during the school courses and also teasers to those. Teachers using audiovisual content in the learning process will facilitate better and deeper understanding of history, literature and other subjects by students. In particular, Minister of Education and Science Lilia Hrynevych noted the following: “Now in Ukraine incredible media content is created and developed with the support of the state budget. The use of high-quality Ukrainian films in the learning process will undoubtedly motivate children and allow them to have a taste of this cultural product in an interesting way besides being useful for studies.”

According to Minister of Culture Yevhen Nyschuk, it is important to use a combination of Ukrainian cinematic products, which are now in rapid development thanks to Government support, and innovational programs in the education system for mutual strengthening and credible coverage of many historical topics and personalities. He says, “During the last three years, we see the emergence of Ukrainian films dedicated to historical personalities, events or milestones which were underestimated, distorted or even classified. In a school study program, history is also revealed in a truthful way. And the films will become an interesting addition.”

“We work in an industry with a great responsibility on its shoulders because the product we make directly influences human opinions and shapes their values,” said ViktoriaYarmoschuk, executive director at Ukrainian Film Association. “We are very grateful to the state because it is thanks to its support a lot of high-quality films are produced in Ukraine. Presently our cooperation continues and deepens as it is impossible to overestimate the importance of shaping the right opinions and outlooks in an early age, so the initiatives in the memorandum are, to my mind, very important for the future our state.”

Besides, Viktoria informed about preliminary arrangements achieved with a community of cinemas which voiced their support to the initiatives in the memorandum and are ready to provide discounts for schoolchildren’s group visits to the films recommended by the Ministry of Education and Science.

Follow the news on official Facebook pages of Ukrainian Film Association and Ministry of Culture of Ukraine.