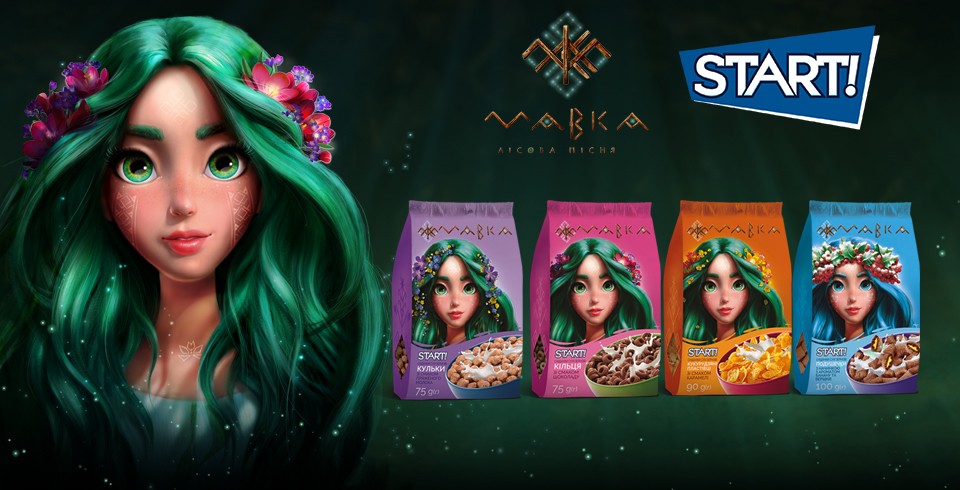 The originality of the new product is highlighted by the original packaging form and design. For every type of breakfast cereal, designers have developed individual decorations. The main character of the animated film appears in four different looks, that represent four seasons. 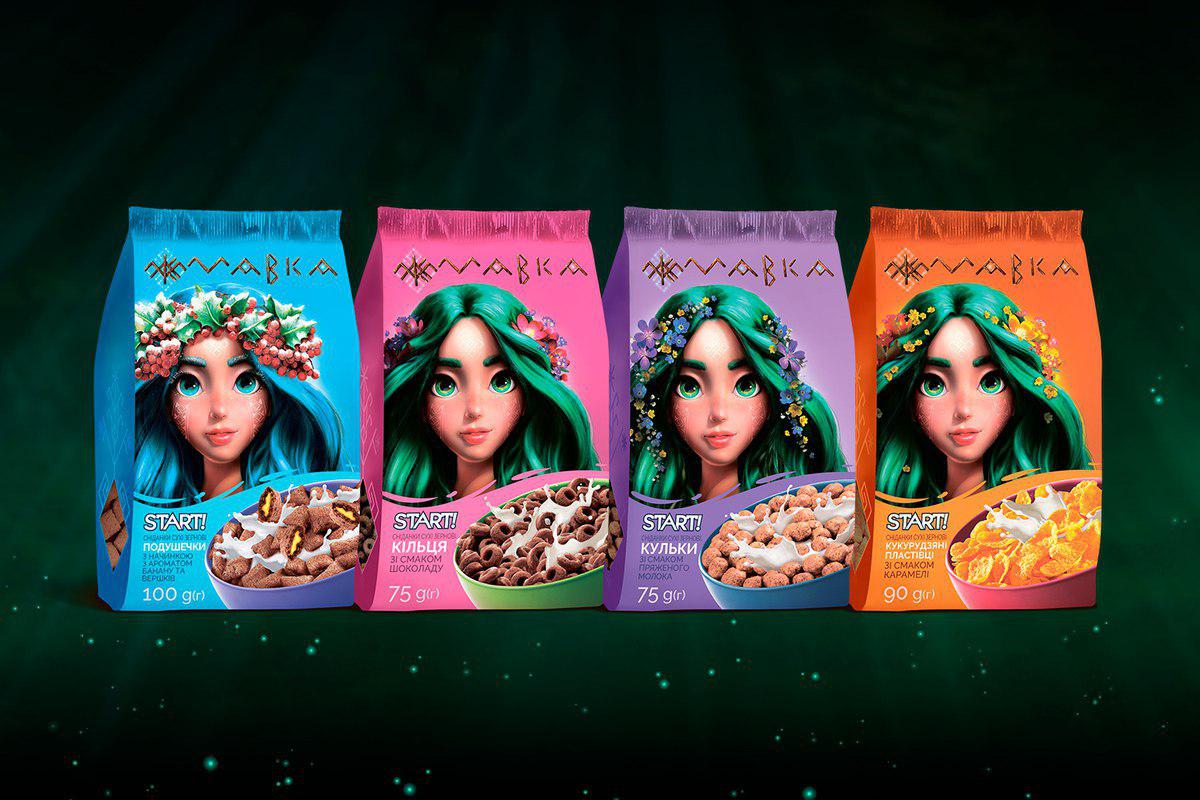 This new product is already available in the big retail chains. To the end of 2019, the geography of the delivery will cover the entirety of Ukraine.

“We have seen an authentic and appealing heroine in Mavka and decided not to wait for the animated film’s release to join the Mavka Universe. Her splendid image attracts an audience that matches with the audience of our leading brand START!. Kids 6-12 years old relate to visual content more than grownups, especially when it comes to such charming characters like those that inhabit Mavka’s world. Cooperation between Mavka’s team and Lantmannen AXA generates a synergic effect for both brands. We’ve launched a tasty product in “on the go” format of packaging, it’s convenient and unique for us. We’ve also appeased a distributor and supermarket chain demand for new and interesting products. And more importantly, supported Ukrainian content,” – highlights Anna Zaritska, Marketing Director of Lantmannen AXA.

The main prerequisite of the interest from the audience and commercial partners is the uniqueness of ‘Mavka’ project. In her the animated world, there’s a reflection of the diversity of Ukrainian nature and culture, and the heroes of the animated film – are easy to relate to and understand, able to unite entire families, which is a rarity in Ukrainian cinema world.

By building partnership relations with commercial companies from different industries, the writs owners of the animated film are forming the national licensing sphere. Selling licenses for the characters of yet unreleased film is a unique case for both Ukrainian and global licensing practice.

“We apply all our creative energy in the development of Mavka’s Universe. It’s pleasant that the work of Animagrad studio and FILM.UA gets such a lively response. Long before entering the box office ‘Mavka’ has gathered such an audience of devoted fans, who anticipate its premiere eagerly. And more and more companies show their interest in the brand. ‘Mavka’ has become a formation point for the community of commercial companies, who share the values of our project: a concern about the environment, interest for the development of national culture, attention to socially important issues. Collaboration with Lantmannen AXA is a good example of that,” – comments Anna Eliseeva, producer of the animated film.

Breakfast cereals ‘Mavka’ is a second project of the brand, created in collaboration with food manufacturers. Earlier, as a part of a licensing agreement, Lucas confectionery company had launched the line of ‘Mavka’ sweets.

Non-conventional cooperative initiatives of Ukrainian companies together with ‘Mavka’ brand prove that common values can unite creative people and business people for the betterment in different spheres. Using license agreements with rights owners from FILM.UA Group there are products are already launched: in clothing there is a collection MAVKA BY NAVRO DRESS by the well-known Ukrainian designer Olga Navrotska; limited jewelry series ‘Mavka’s Charm Pendant’ by OBERIG Jewelry; branded series of books published by Kyiv Book House; handmade tapestries by the ‘Solomiya’ workshop and an AR application developed by Signal Red.

In anticipation of 3D animated film ‘Mavka. Forest Song’, producers promise to introduce new collaborations, through which an audience will be able to immerse themselves in the magical Mavka Universe. And even more projects with Ukrainian and international companies will be revealed to the public until the end of 2019.