Creators of ‘Mavka. The Forest Song’ animated film, Animagrad animation studio and FILM.UA Group, announced the new aspect of splendid cooperation with Kateryna Kukhar, prima ballerina of the National Opera of Ukraine, People's Artist of Ukraine, who performs many famous ballet parts, notably a part of Mavka in a classic ballet ‘The Forest Song’. Now in a single person, a theatrical and animated Mavka would unite: Kateryna will be a prototype of the character of the animated film, that is why a Warden of the Forest would surprise and enchant everyone with majesty and grace of her movements. Kukhar would be shot for a video reference material, based on which artists shall animate Mavka. This is the first case for Ukrainian animation, when a real ballet artist is involved into creation of movements for animated film’s characters.

Kateryna is a symbol of modern Ukrainian ballet. The star of the National Opera already took part in the Mavka’s Universe. She performed in a social art-video dedicated to the presentation of Mavka’s Pendant. A director and an author of a concept of it was a renowned Ukrainian designer Olga Navrotska. This video was only the beginning for the cooperation between the ballerina and Mavka as a brand.

“Mavca originates from Ukrainian myths. A genius of Lesia Ukrainka had made it a symbol for all-defeating love. It inspired other artists on to plenty of other creative works about her. Today Mavka is a whole magic Universe. In ballet, Mavka is a mythical forest creature that brings to the outer world a purity of thought, action, and desire. She lives as her heart wishes, she can love and even forgive a betrayal. Today, a legendary ‘Forest Song’ is our diamond in both literature and ballet. I always dance this part with great personal fulfillment. By creative design in the world of Mavka, this nymph will obtain my ballet movements and grace,” – tells Kateryna.

The beginning of this new incredible collaboration was announced on October 17th at the Ballet Open Space festival in the National Opera of Ukraine. The same day ‘The Forest Song’ was performed, a ballet where Kateryna performs a part of Mavka. In this ballet, she performs alongside her husband Olexandr Stoyanov, a principal dancer of the National Opera of Ukraine, People's Artist of Ukraine. 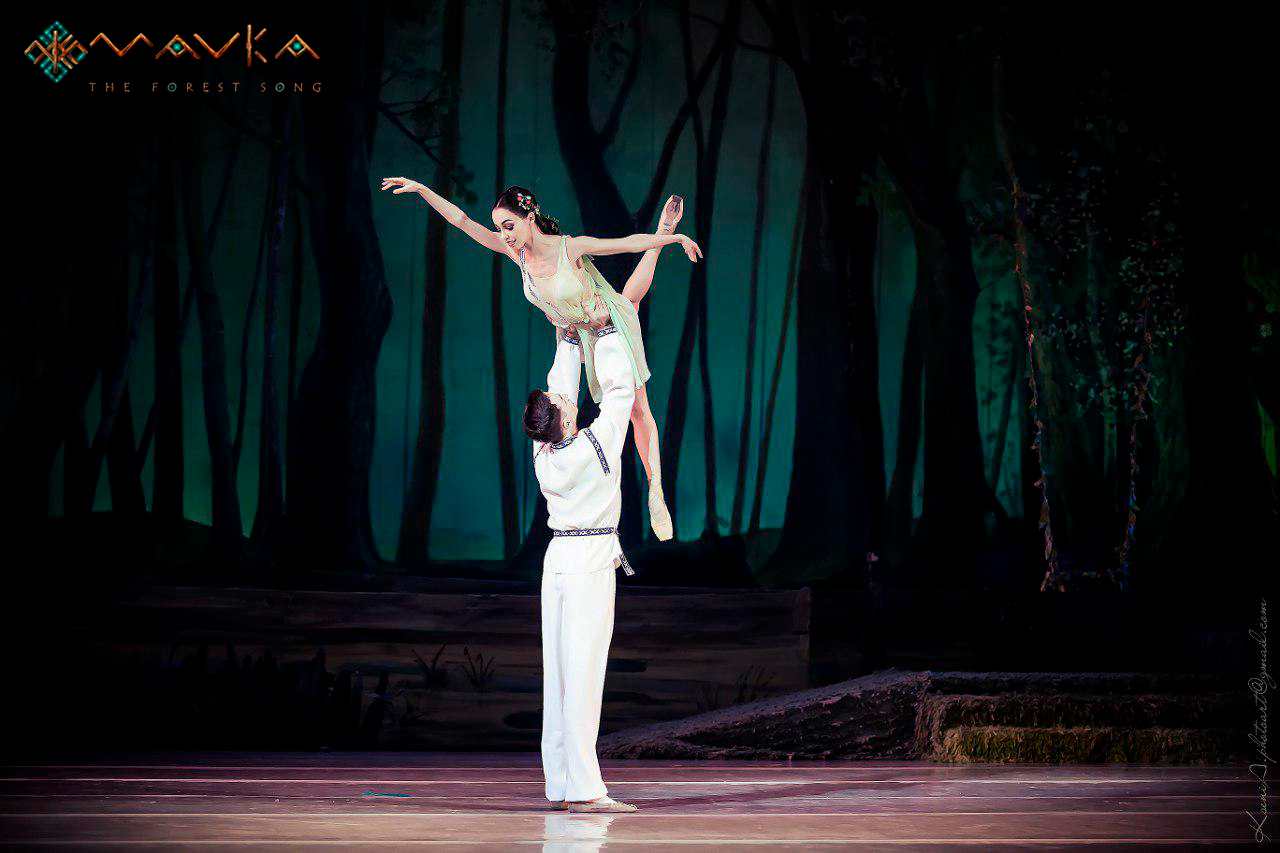 At Ballet Open Space festival, it was for the first time ever that dancers from other world’s most famous theatres have performed in a Ukrainian classic ballet. A part of a mermaid was performed by Sheller Anna Sophia, a principal dancer from the New York City Ballet and San Francisco Ballet. And the second part of a field spirit was performed by Petra Conti, a prima of La Scala and Boston Ballet. 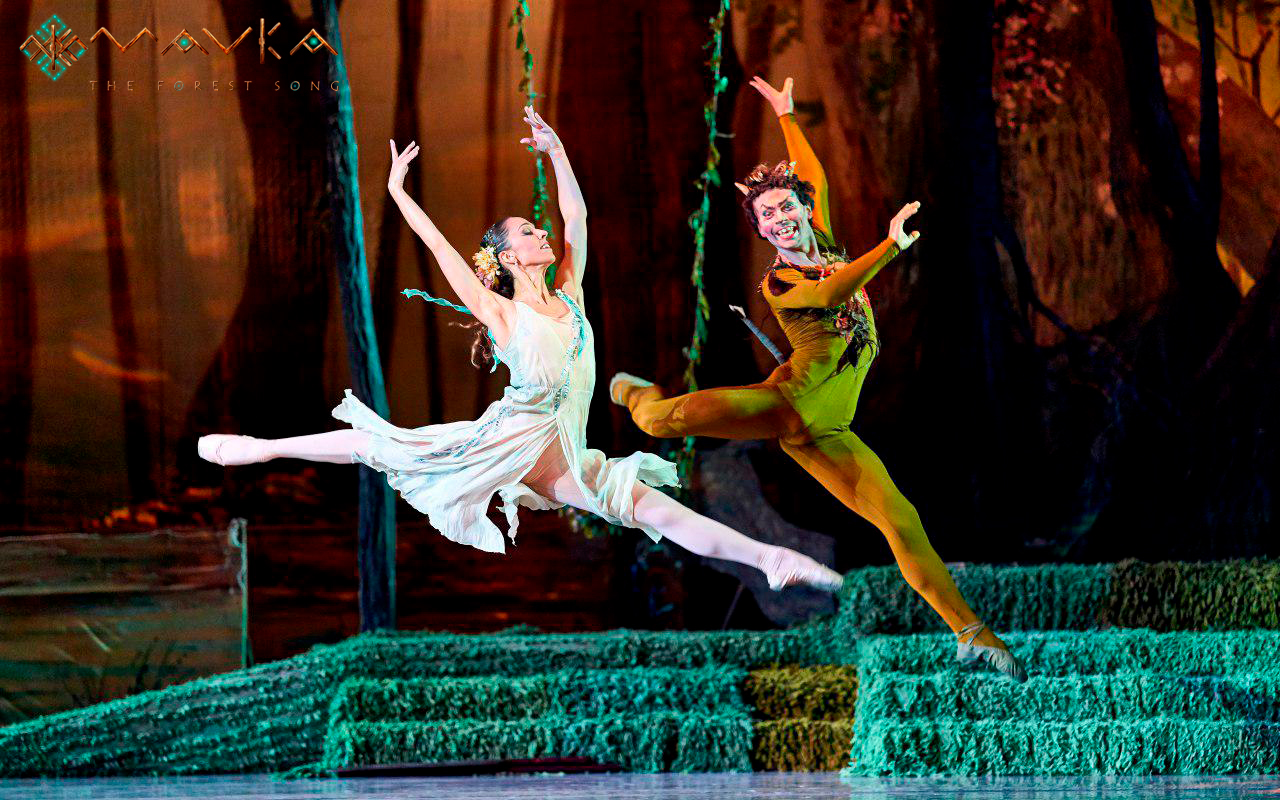 Guests of the festival were able to emerge into the magic world of Mavka straight from the entrance of the Opera House. On the first floor of the Opera Theatre, spectators could acquaint themselves with a magical story that came to be a universe of its own. A photo zone with AR-effect had pleasantly surprised the visitors: by scanning with a special app Mavka AR, charming Mavka’s Universe came to life on the screens of smartphones! Also, a mini installation about ‘Mavka. The Forest Song’, a collection of dresses by NAVRO and other materials related to the animated film were offered for the visitors to enjoy. 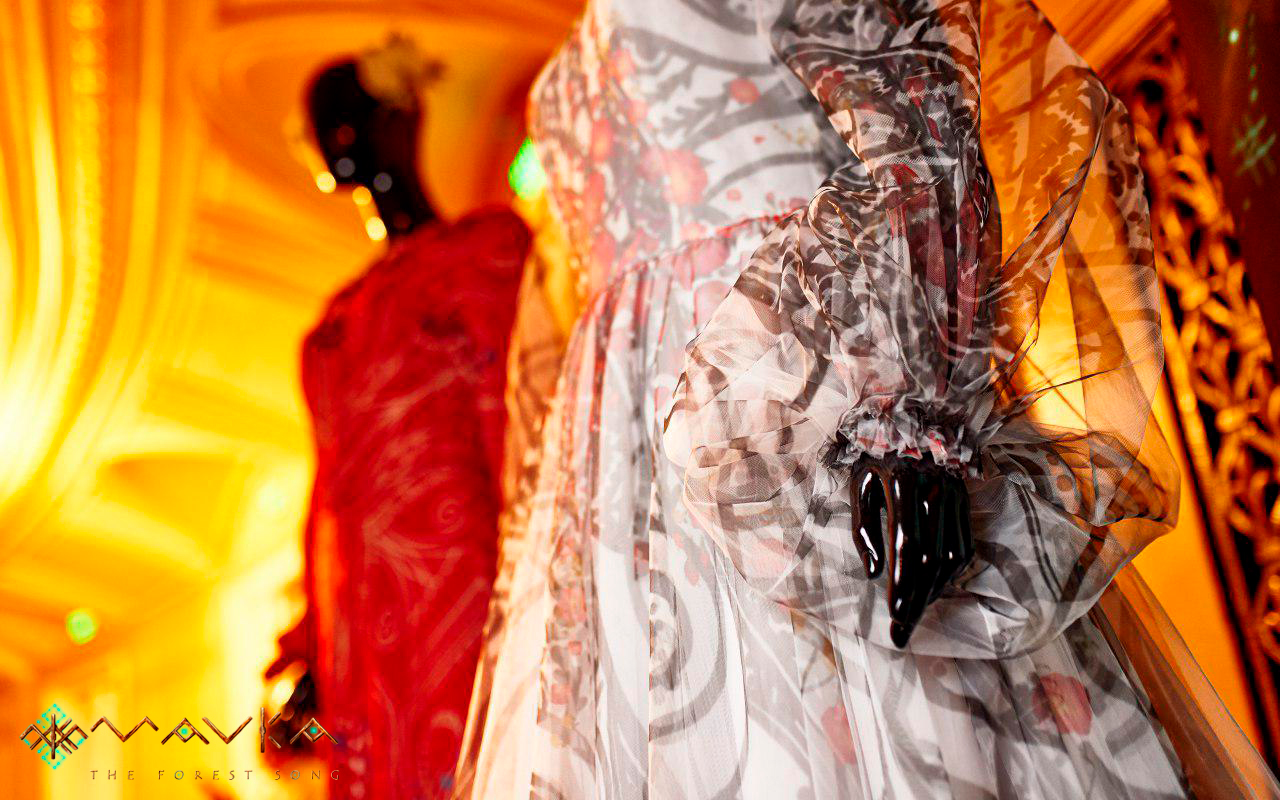 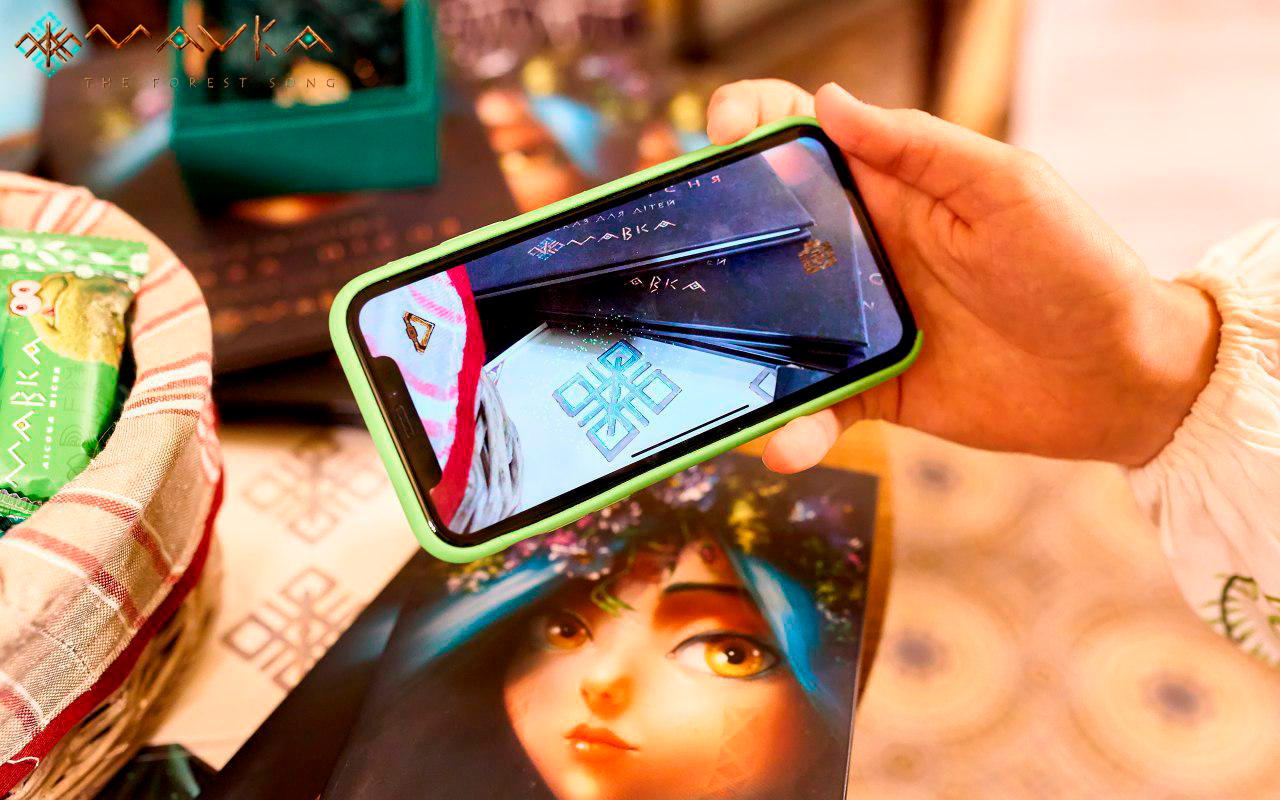 Before the ballet, a video introduction of the collaboration, and a teaser of the animated film were shown on a big screen above the scene. Kateryna invited viewers to Mavka’s Universe and told about her new cooperative work with the project. 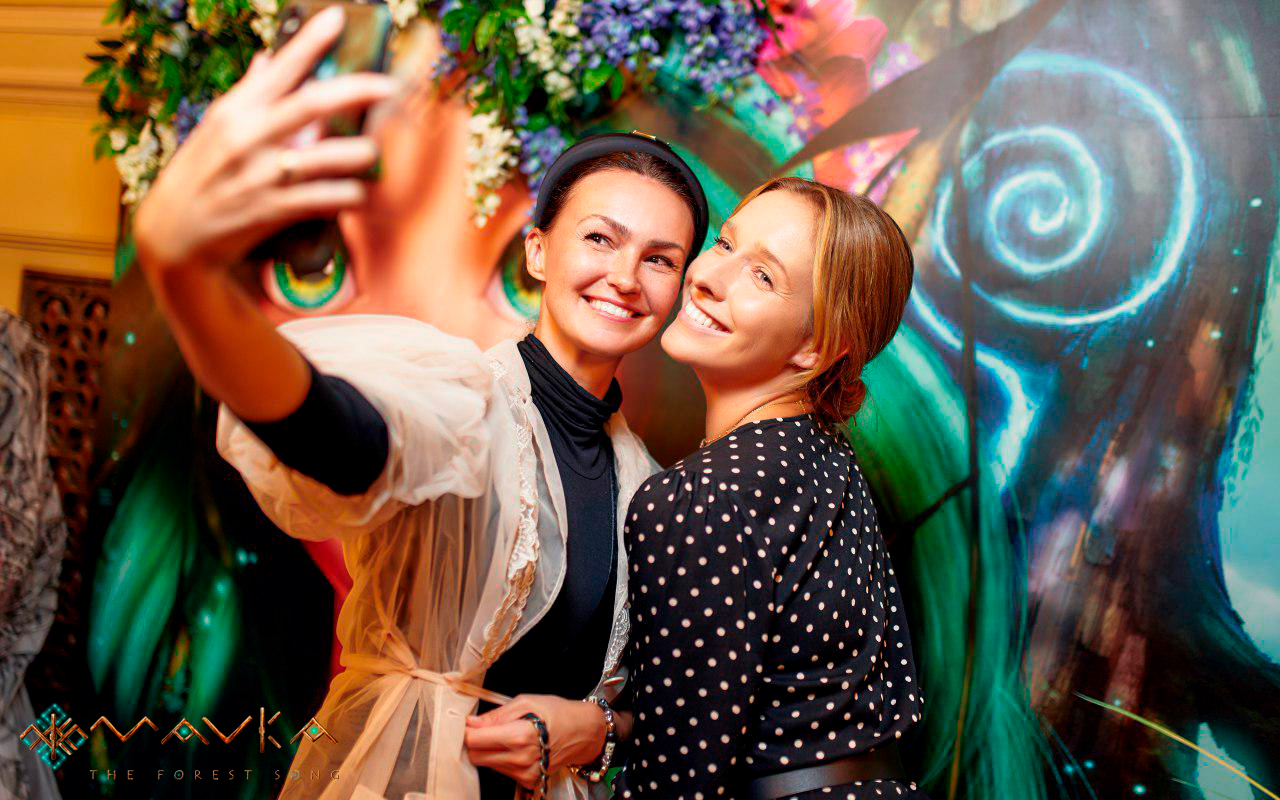 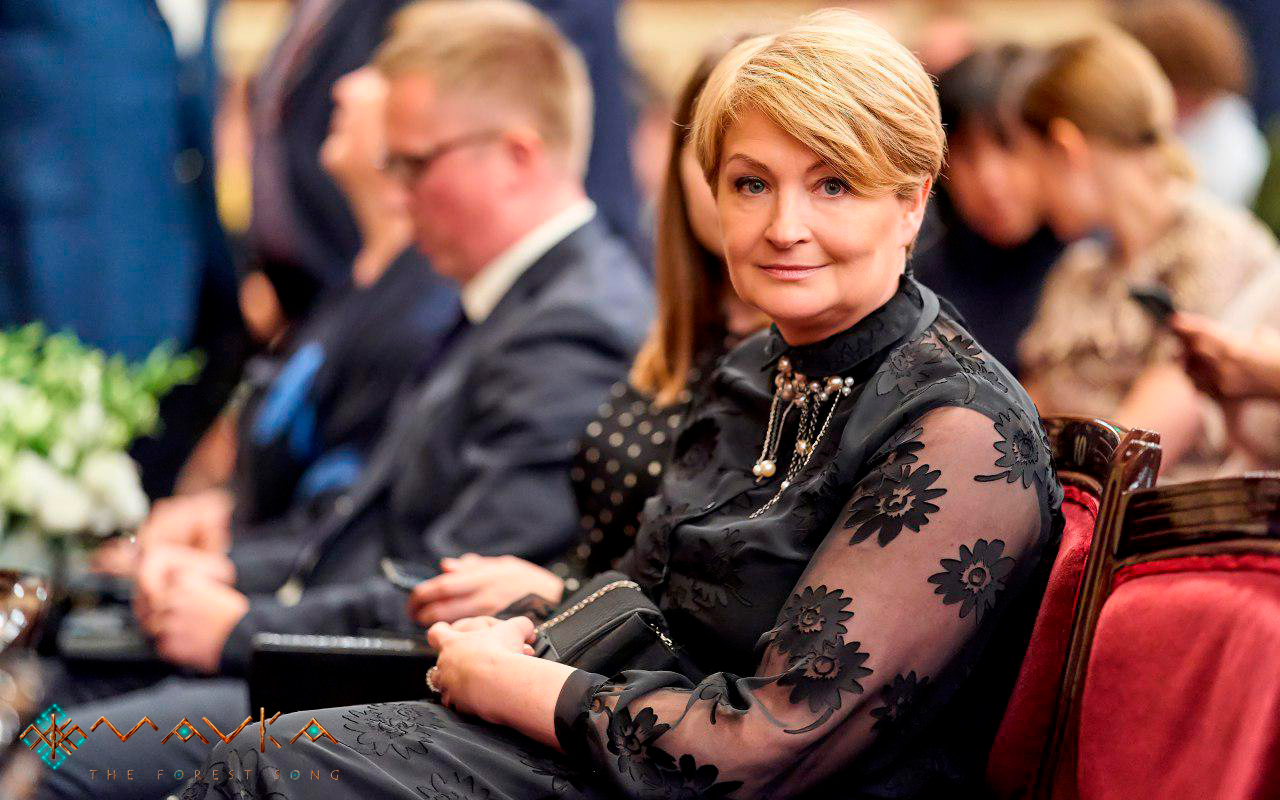 The creators of the film announce that at the end of 2019 special video references with Kateryna will be shot. Using them, animators will give Mavka ballerine’s movements and graceful gait. Moreover, the collaboration will not end by creation the references, and during 2019-21 years a deeper integration of Kateryna to Mavka’s Universe is planned. More information about it will be available soon.

“A colorful collaboration of Mavka’s creative team and Kateryna Kukhar is a unique example of a teamwork of similar branches of art, which surprisingly rarely organize partner projects. Mavka from the ballet will become the animated one, and it will bring to the animated film a real magic of sophisticated ballet plasticity, and the ballet will become an amazing creative manifestation of Mavka’s Universe in our real world,” – assures Anna Eliseeva, a producer of the future film. 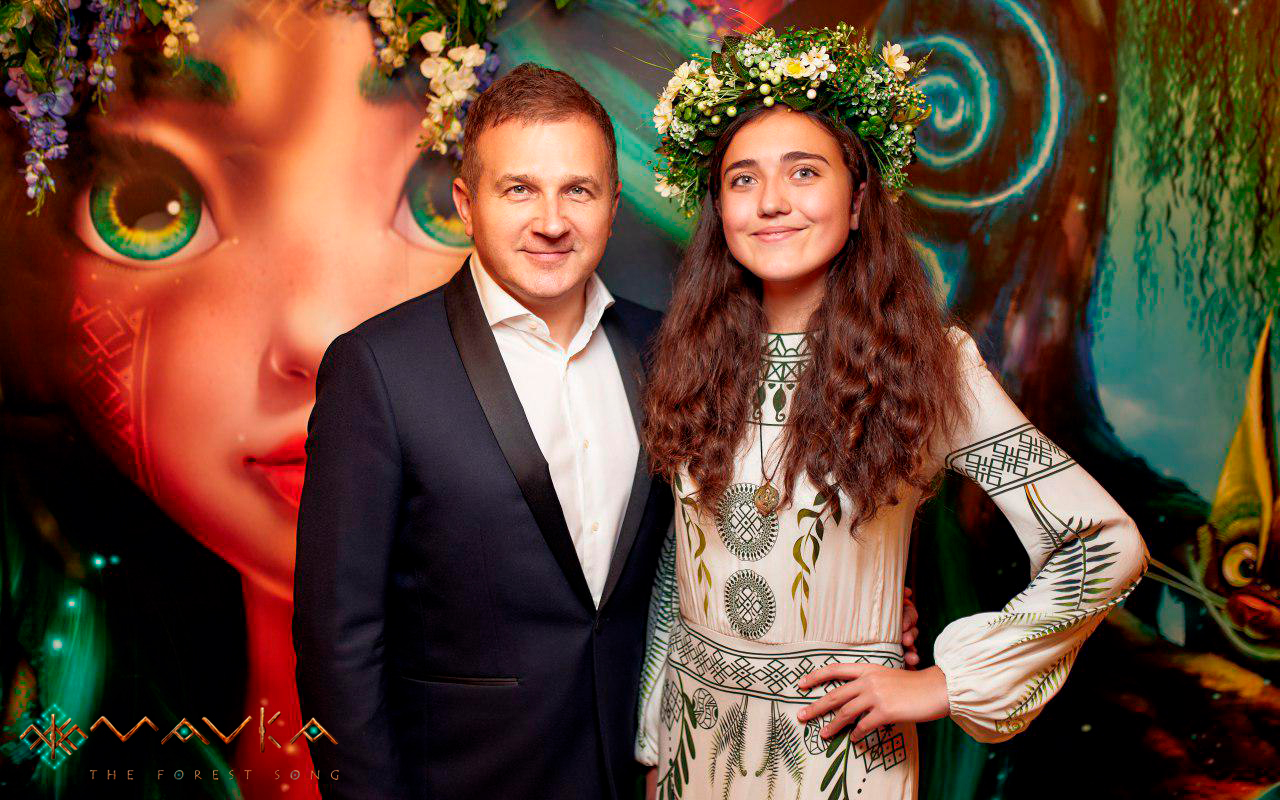 ‘Mavka. The Forest Song’ animated film, which is being created by Animagrad studio, long before the release aroused a great interest and love of audience, and also drew the attention of partners thanks to unique combination of Ukrainian authenticity, masterful drama by Lesia Ukrainka, romantic story of an extraordinary love, passion to Ukrainian nature, traditions, magic, and fairy tales. It went far beyond just a screen adaptation, and became a real symbol of the national values. 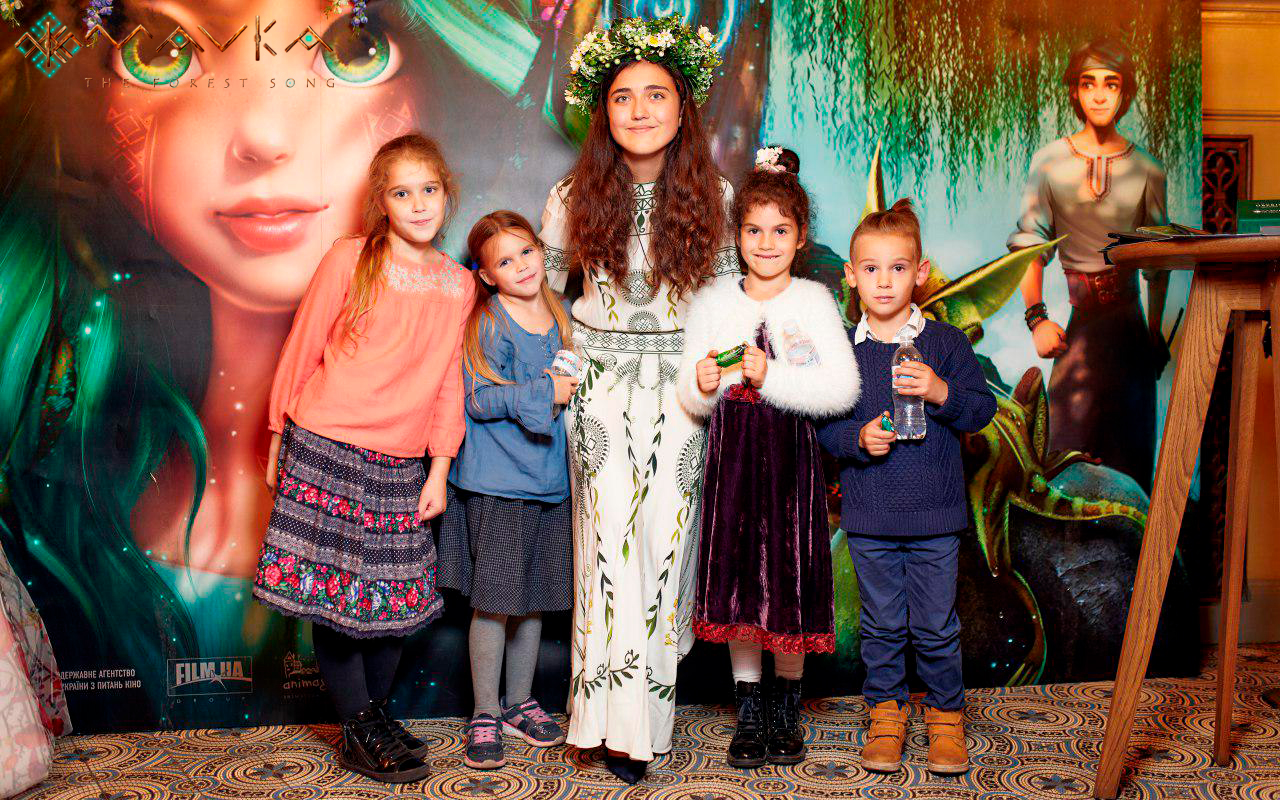