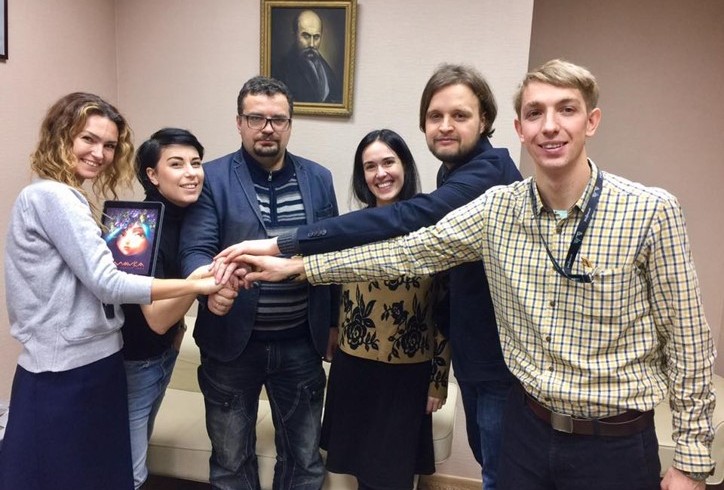 A contract of government financing for the featured movie Mavka. The Forest Song was signed between the Ukrainian State Film Agency and Animagrad Studio on the 6th of December. Iryna Kostyuk, Anna Eliseeva and Egor Olesov (producers), Olexandra Ruban and Eugene Ermak (film directors) met Philip Illienko, The Head of The Ukrainian Film State Agency,  to sign the official contract of partnership in financing Mavka.The Forest Song

Animated 3D feature Mavka. The Forest Song won the 9th Film projects selection of The Ukrainian State Film Agency. Project scored one of the highest result (41, 67) among 88 shortlisted projects and 172 received applications. The project will receive financial support covering 30% of necessary budget (24,5 million UAH). The Stolen Project, another project of Animagrad studio, will also receive financial support; its delivery date is set at the end of 2017.

Philip Illienko, the head of The Ukrainian State Film Agency, noticed, ‘Animated 3D feature films are in demand not only in Ukraine, but all over the world as well. I am sure that Mavka. The Forest Song and The Stolen Princess will have a great audience support; and will successfully represent the Ukrainian film industry on the foreign markets, primarily in Europe, North America and Asia.’

The project Mavka. The Forest Song is in development. The featured film draws inspiration from the seponymous play by Lesya Ukrainka, Ukrainian myth, legends and traditions. The creative team have already started meeting sessions with experts in ethnology, cultural studies to recreate an authentic Ukrainian culture in plot and visual imagery. Delivery date of Mavka. The Forest Song is set at the end of 2018.