A partnership agreement between Animagrad studio and the Fund branch in Ukraine, Danube-Carpathian program, was signed in the Vienna office of WWF. The cooperation is planned for working on animated film Mavka. The Forest Song in two directions, the first one being consultations from WWF experts for the creative team of Mavka. The Forest Song about flora and fauna in Polissya. The second important vector is implementing a range of projects to protect primordial forests in Polissya and to draw attention of Ukrainian and global community to environmental issues in Ukraine. 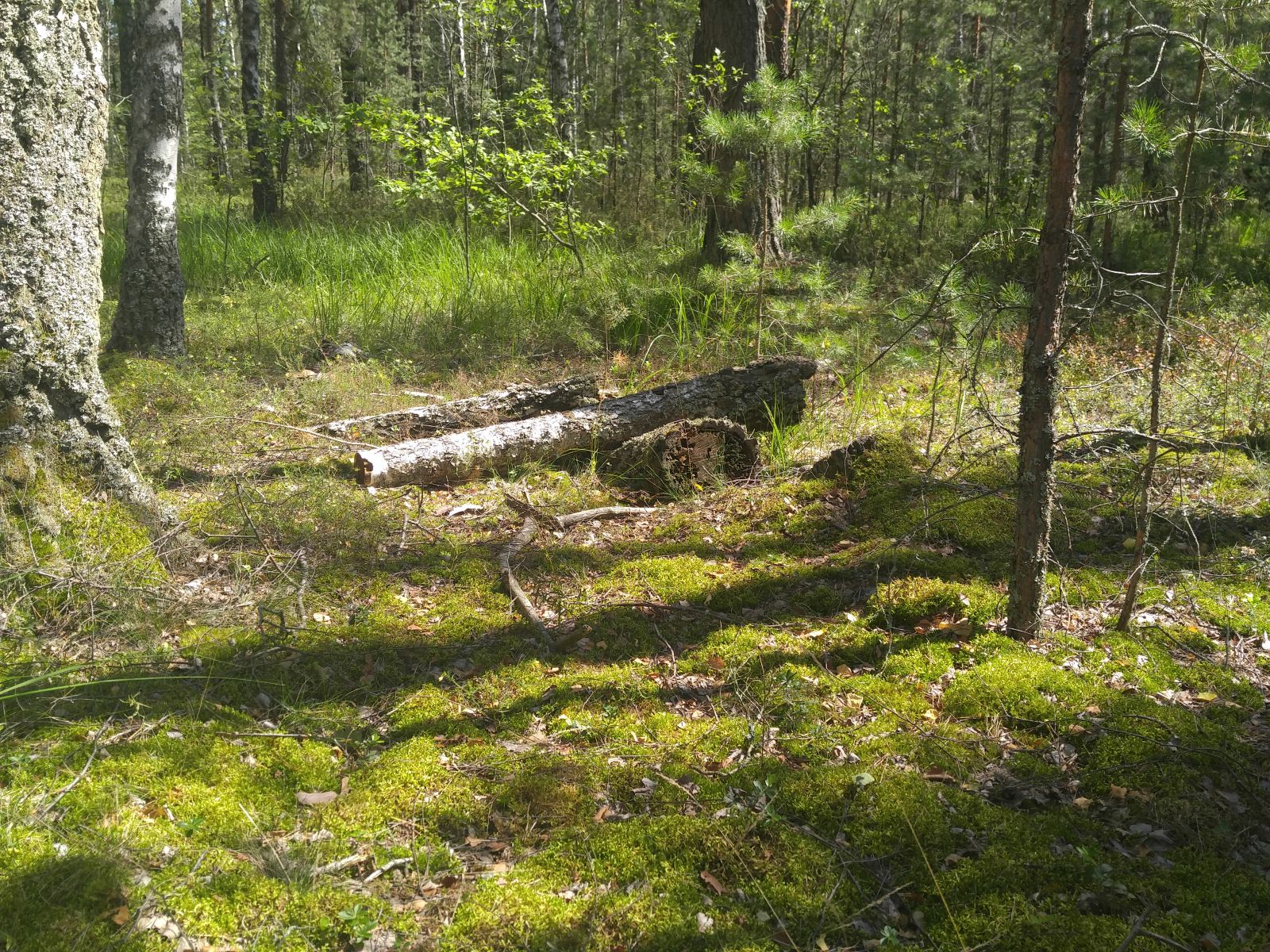 The first step of partnership was marked by lectures held by WWF experts for the artists of Mavka. The Forest Song project about animals and plants in the Red List of Ukraine; the idea of film authors is to populate Mavka’s forest with them, and some will even be given their plot lines. In this way each viewer will be able to find out about rare and disappearing species of animals and plants needing our protection.

The expedition to Polissya old forest by the creative team and producers of Mavka. The Forest Song project together with the guides from WWF Ukraine, Andriy Plyha and Iryna Myronova, as well as director of Polissya natural reserve Sergey Zhila, was the following planned event in joint activities and enriched both parties with unmatched experience. “We often visit forests and natural reserves. But this trip with Animagrad group was exceptional – they always wanted to see more, to go farther. They stopped in front of every detail and kept asking questions. They sincerely care for the problems of Ukrainian forests, and we plan to create a program for their protection,” the WWF experts say, telling about their impressions from the trip.

“To get artistic inspiration, to draw landscapes, details and features of Ukrainian forests for these materials to be used in Mavka. The Forest Song – these were the main goals for the animated film art department during the expedition,” says project art director Christian Koskinen, telling about the trip objectives. 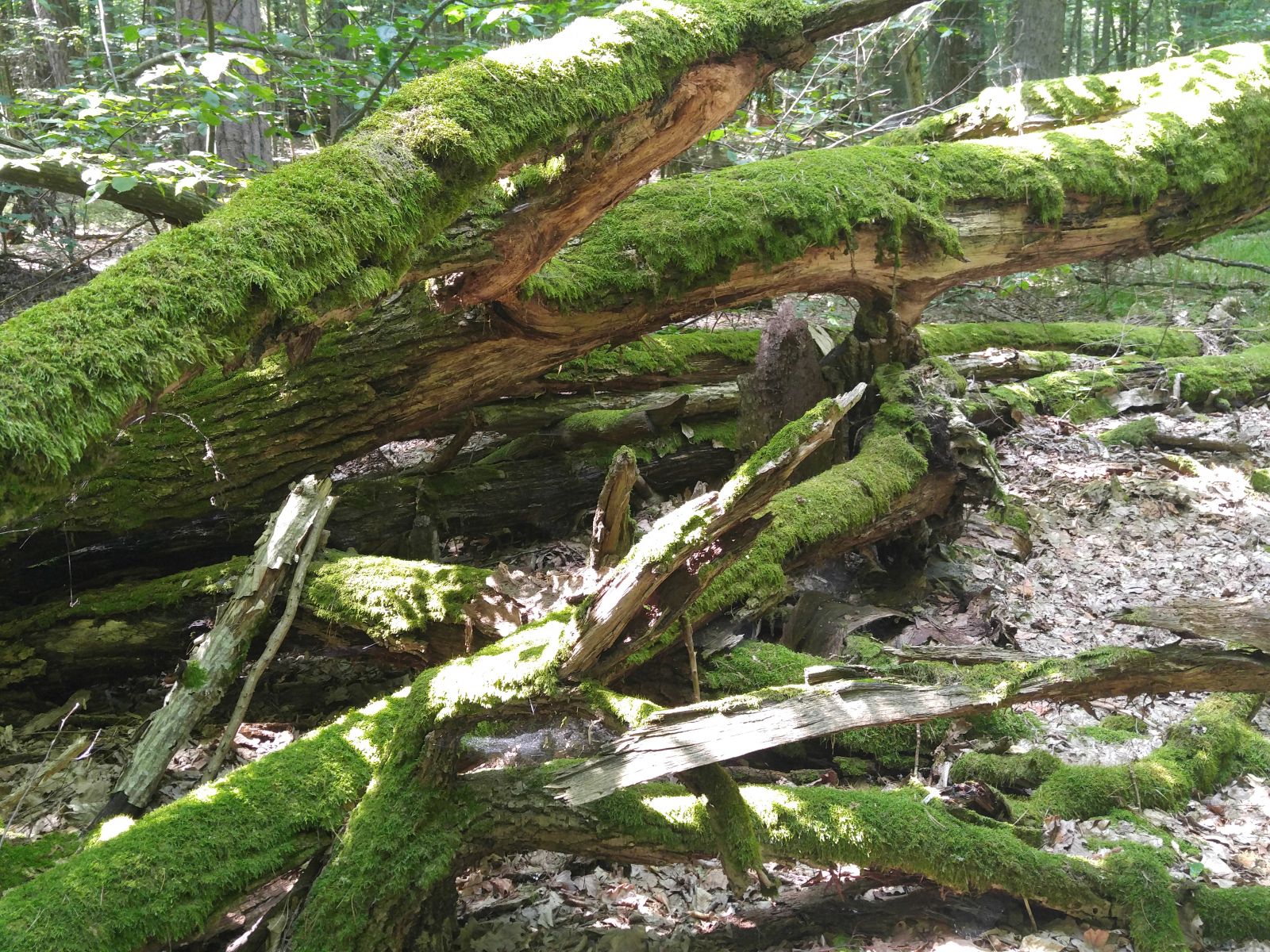 Every day, Mavka. The Forest Song is becoming much more than just a feature film. Through its cooperation with experts and partners in different fields, Animagrad keeps strengthening the foundation for reaching the missions and goals of Mavka and becomes a participant of the most important trends and processes in our country. “We are working towards each of the outlined missions in a systemic way; the missions are exporting Ukrainian culture, creating ‘Mavka style’ and raising public awareness about environmental problems. And I believe thatthere is no better tool for that than our Mavka,” says producer Iryna Kostyuk about the project.

During the expedition, not just beauty and magic of Ukrainian forests amazed the Mavka`s team – another shock, but in a bad way, was the destructive trace left by the odious amber diggers. Now the National Guard stands sentry in the exploration zone; its sergeant brought the expedition to a huge area numbering tens of hectares, which used to be a beautiful forest. Now it is an exhausted ground with deep holes filled with muddy water and empty bottles, a living monument tohuman barbarism. 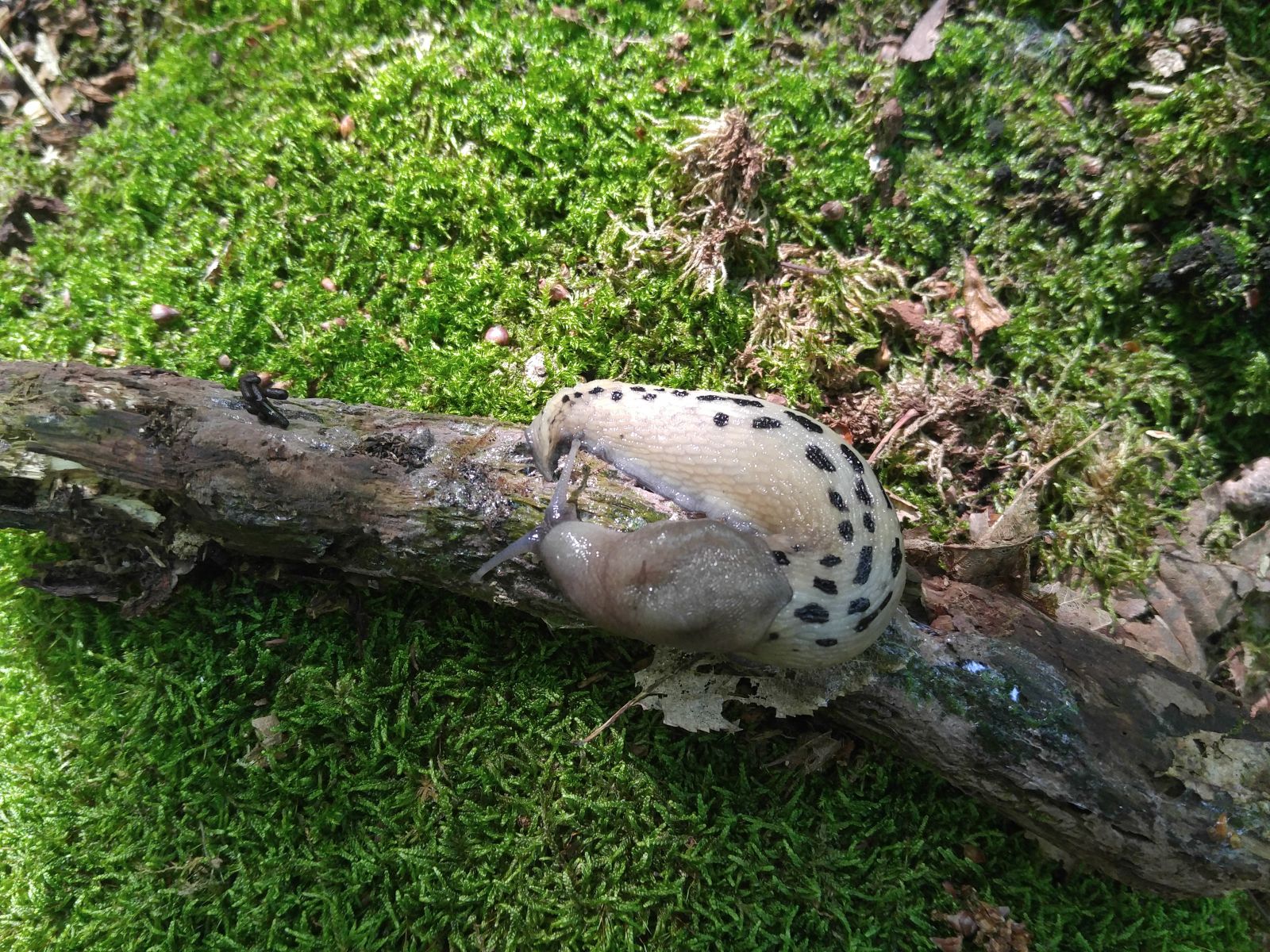 “One of the main Polissya problems is illegal extraction of amber. The diggers hunt for it on the territory of natural reserve, on river banks and marshes, destroying a unique ecosystem. Over three hectares of Poyaskiv reserve have been destroyed by these diggers. The second problem is forest cutting, especially oaks, which have become really rare. An oak forest takes a long time to restore, so it means that we are losing old forests, and new ones do not appear to replace them. And these forests are inhabited by rare species of animals and plants which disappear together with the forests,” says Andriy Plyha, coordinator of WWF volunteers in Ukraine.

“This is like looking at future apocalypse now – abandoned craters, destroyed forest and traces of human stay. The problems which emerged due to amber diggers will indirectly make their way into the script of our feature film, because our characters will fight to keep the forests and prevent their cynical abuse,” says Anna Eliseeva, creative producer of the animated feature film. “We also plan to launch separate apps and web episodes on this topic. A huge part of our social activities will be dedicated to nature protection - #MavkaIsForForests after all, so we plan to do as many useful things as possible with the help of our supporters.” 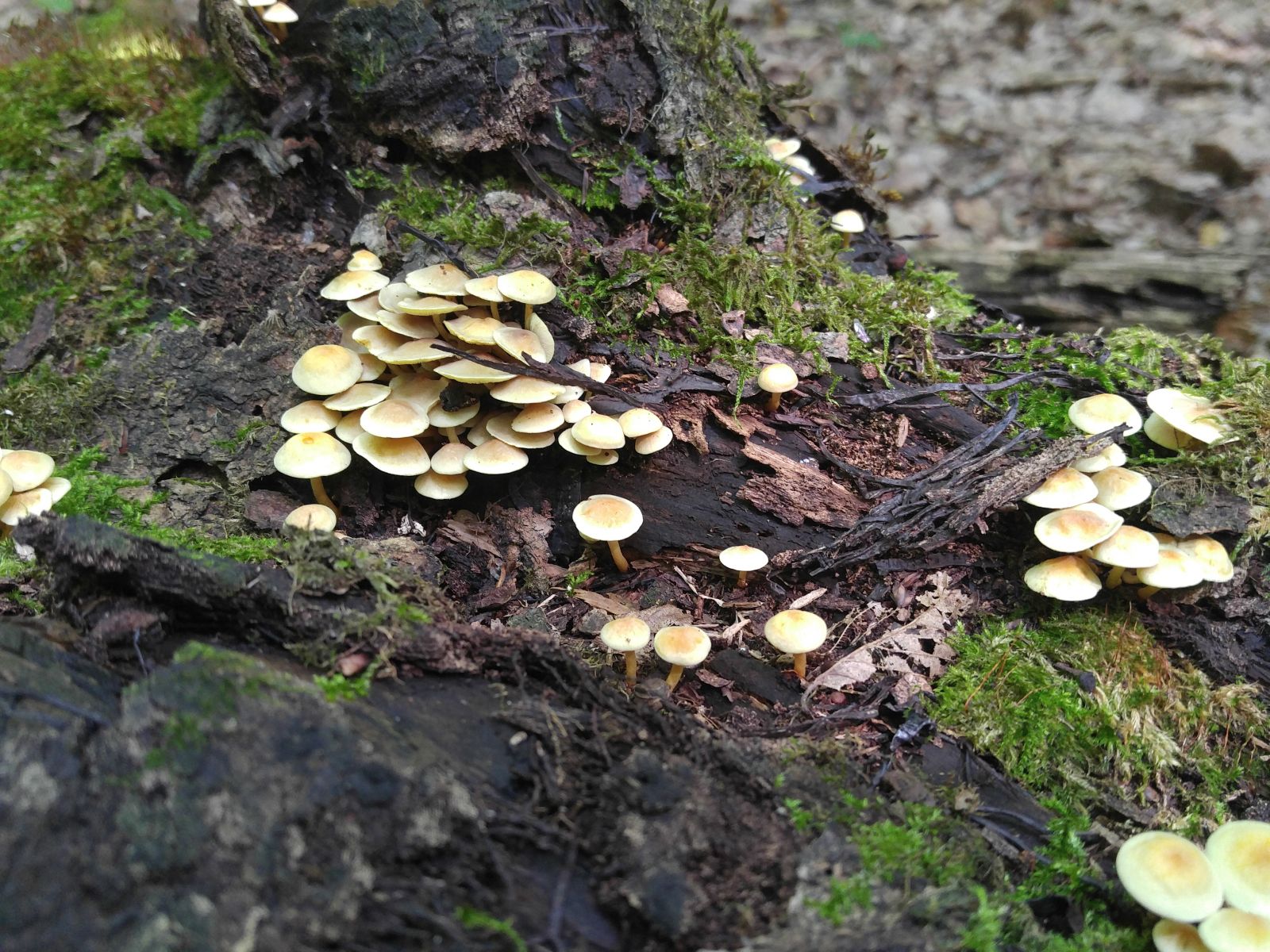 FYI: ‘Mavka. The Forest Song’ is a full-length animated feature produced by Ukraine-based Animagrad (FILM.UA Group). It is currently at the concept stage of development. The film is inspired by a play “The Forest Song” by Lesya Ukrainka, as well as by various Ukrainian legends and cultural traditions. The film’s production crew includes experts from leading ethnography institutes: Department of Folklore Studies of Institute of Philology of Taras Shevchenko National University of Kyiv, the Ivan Honchar Museum, and the Ukrainian Institute of Fashion History. The experts are there to ensure  the authenticity of the Ukrainian myths and legends, religious beliefs, rituals, and visual culture translated in to the singular animated world of Mavka. And the world-renowned group Dakha Brakhaha’s already committed to creating the film’s soundtrack. In September 2016, the animated feature ‘Mavka. The Forest Song’ won the ninth contest held by the Ukrainian State Film Agency and was awarded state financing in the amount of 30% of the film’s total budget. ‘Mavka. The Forest Song’ is scheduled for release in Ukraine in 2019.

The World Wide Fund for Nature (WWF) is an international non-governmental organization the world's largest conservation organization with over five million supporters worldwide, working in more than 100 countries. The group's mission is "to stop the degradation of the planet’s natural environment and to build a future in which humans live in harmony with nature." This can be achieved by saving biological diversity of the world, reducing pollution and wasteful consumption.

Ukraine’s Animagrad animation studio (FILM.UA Group) is at the final stage of production of the much anticipated animated feature film MAVKA. THE FOREST SONG. Despite the full scale war unraveled by russia, the work continues, and the project will be delivered according to the plan, in Q4 2022. MAVKA is the headliner of the studio’s lineup of projects, with many countries having already acquired the rights. Now, the release of the film will be even a more significant and symbolic event for Ukrainians than ever, since not only the project showcases the unique ancient Ukrainian culture, but also celebrates the victory of love and peace.
UNBREAKABLE AND RESILIENT UKRAINIAN CREATORS. MAVKA. THE FOREST SONG IS IN PRODUCTION DURING THE WAR

Mavka in the new issue of Animation Magazine.

The interest of the international audience in the animated film "Mavka. Forest Song "does not subside for a moment. Mavka appeared on the pages of the new issue of Animation Magazine. 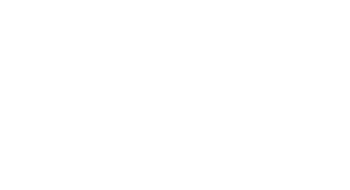