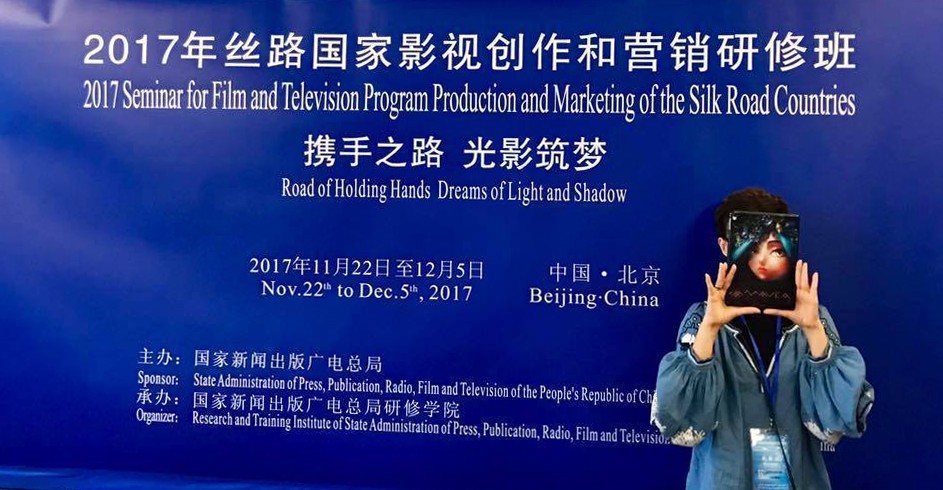 Upon the special invitation of Chinese State Administration of Press, Publications, Radio, Film, and Television (SAPPRFT) and Embassy of China in Ukraine, Iryna Kostyuk, producer of Mavka. The Forest Song (Animagrad,  FILM.UA Group), participated in the International Seminar of the Silk Road Countries on TV and Film Content Production and Distribution in Beijing where she presented Ukrainian cartoon Mavka. The Forest Song to the representatives of 10 countries from Chinese Initiative “One Belt – One Road,” including FILM.UA Group delegation invited from Ukraine. 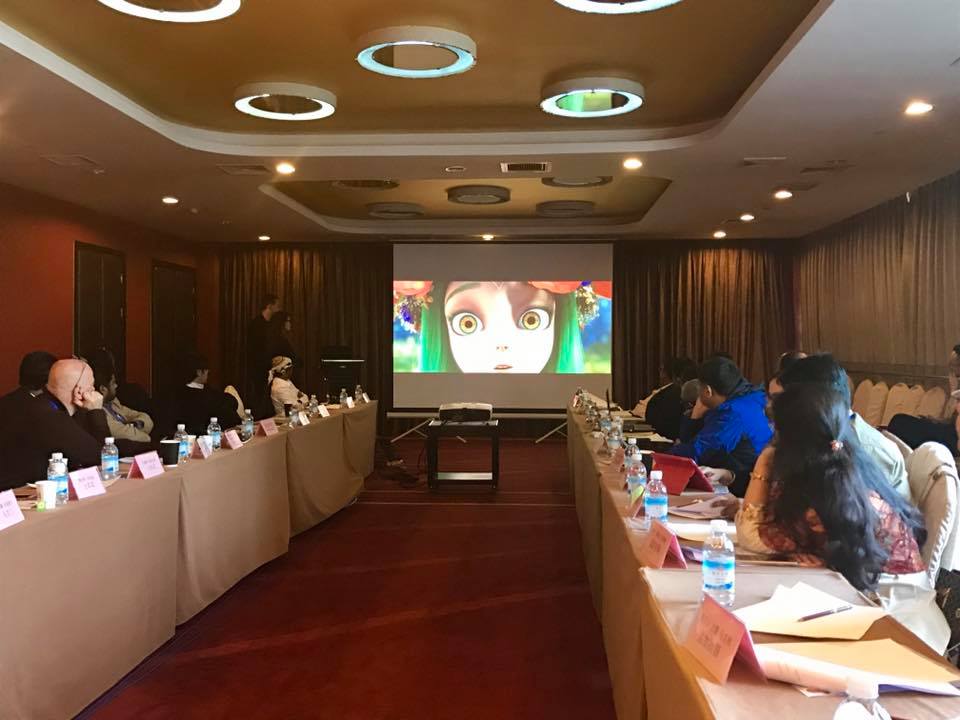 Upon China’s initiative, the seminar was held to exchange experience and search for opportunities to cooperate in film production between China and the Silk Road countries. 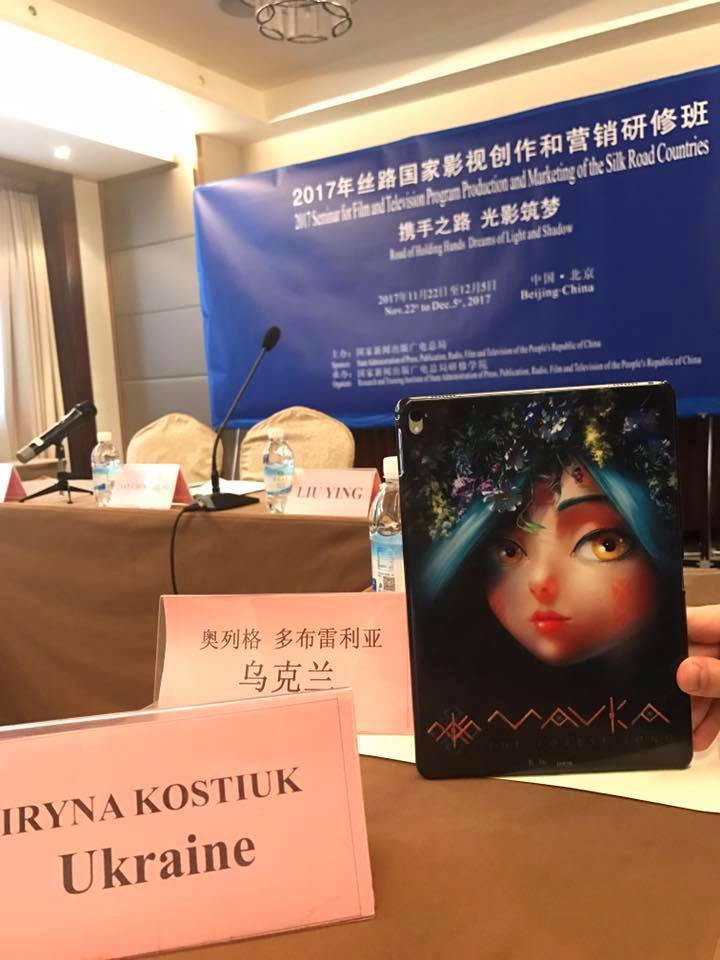 At the seminar, Iryna presented her report about Animagrad studio and its projects, told about opportunities and positioning of Ukrainian animation industry and shared plans about the development of Mavka. The Forest Song project which even now in the development stage exhibits potential to grow from an animation film into a full-scale cross-platform brand.

“The power and energy of our Mavka rapidly move the project around the planet. In just one month, she visited the “extreme West” in Los Angeles and immediately flew to the East, to Beijing. Sometimes it seems to us that she runs in front of us, and we are striving to catch up with her. And though China is very different from us in its culture and life in general, they like Mavka just like Ukrainians do. And we are happy about it,” Iryna Kostyuk says. 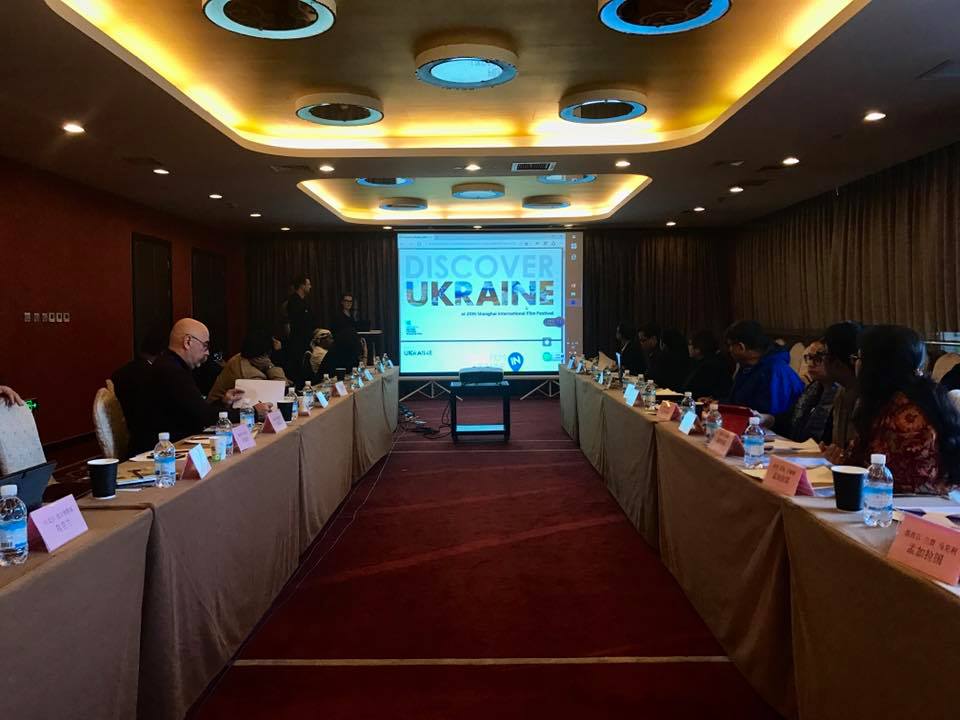 One of the goals of the two-week international seminar was familiarizing the invited representatives of leading media companies from 10 countries with Chinese media industry; the participants visited Chinese central TV channels, major studios, and media groups, as well as the 4th International Film Festival “The Silk Road” in Fuzhou. This year, 416 Chinese and 588 international films from 67 countries and regions participated in it.  Therefore, Irina and other participants of FILM.UA Group delegation received a unique chance to study Chinese film market from inside as one of the most promising and attractive regions for international content distribution: this year, Chinese film market ranked second after North American in box office figures. 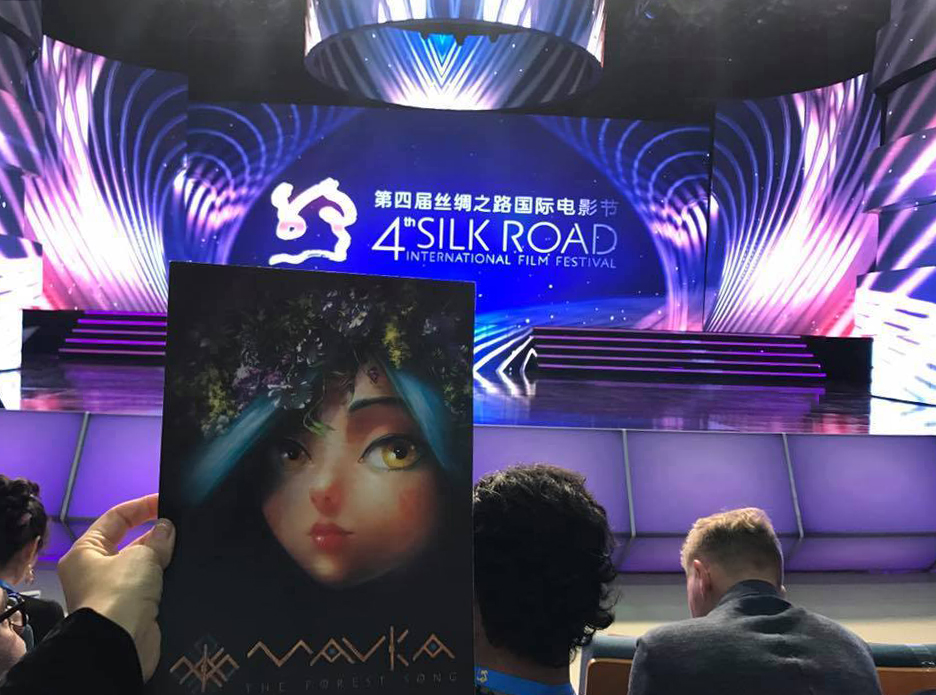 Just a reminder: in March, at FIMART annual market in Hong Kong Mavka. The Forest Song spurred considerable interest among Chinese professional audience not only in the aspect of rights acquisition and distribution but also co-production. And in June, at MIFA content market, during Annecy International Animated Film Festival, the most prestigious animation event in the world, the negotiations with Chinese counterparts resumed. That is why the invitation of China to present the project at an international seminar in Beijing is an important and promising step in conquering this up-and-coming region. 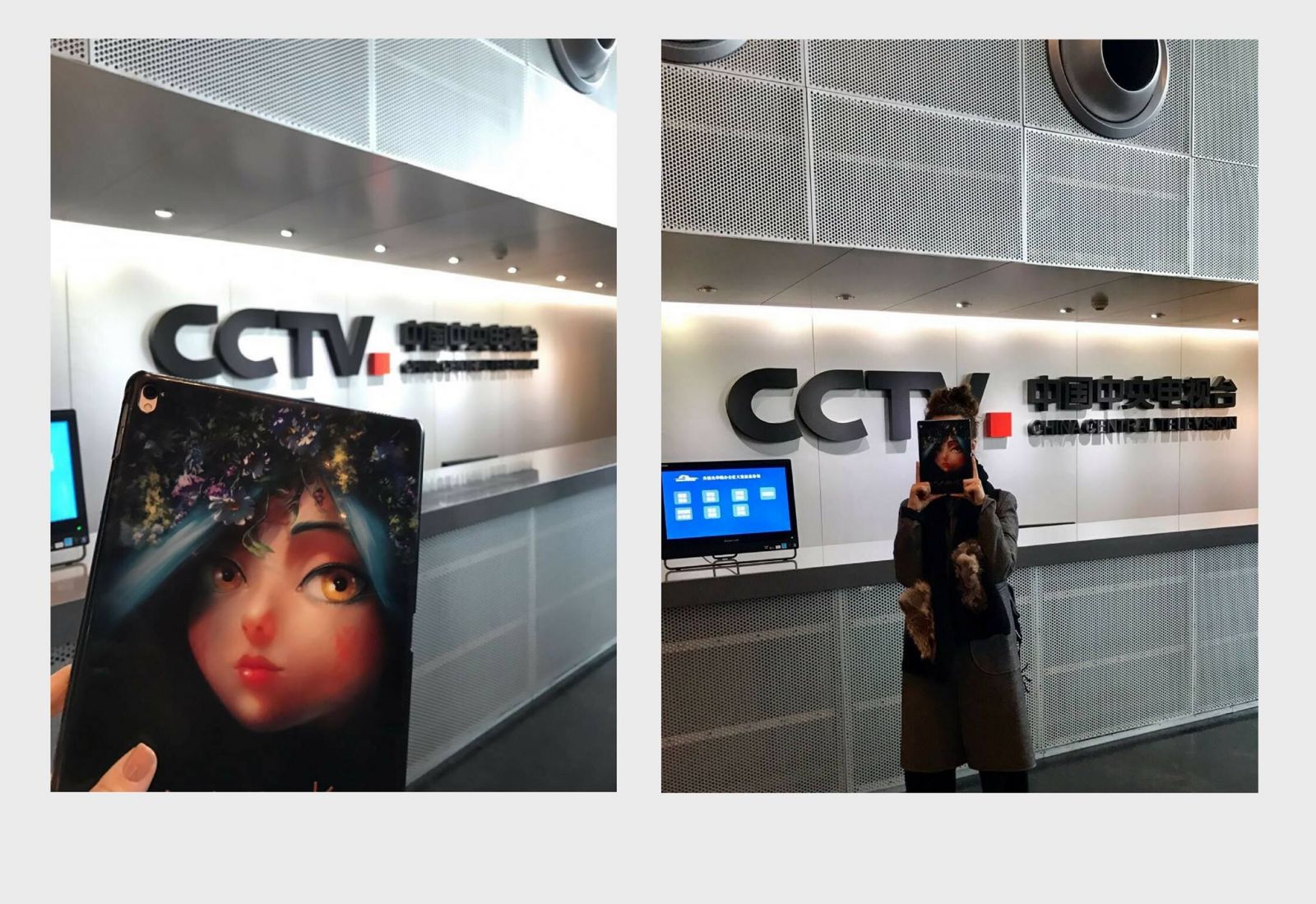 FYI: Mavka. The Forest Song is a full-length animated feature produced by Ukraine-based Animagrad (FILM.UA Group). It is currently at the concept stage of development. The film is inspired by a play of the same name by Lesya Ukrainka, as well as by various Ukrainian legends and cultural traditions. The film’s production crew includes experts from leading ethnography institutes: the Ukrainian Studies Center at the Taras Shevchenko National University of Kyiv, the Ivan Honchar Museum, and the Ukrainian Fashion Museum. The experts are there to ensure the authenticity of the Ukrainian myths and legends, religious beliefs, rituals, and visual culture translated into the singular animated world of Mavka. And the world-renowned group

In September 2016, the animated feature Mavka. The Forest Song won the ninth contest held by the Ukrainian State Film Agency and was awarded state financing in the amount of 30% of the film’s total budget. In March 2017, the animated feature was the first to represent Ukraine at the animation forum Cartoon Movie in Bordeaux, where it was highly appreciated by the European professional audience. And in May of the same year, the producers presented the project with great success at the largest international animation business forum Cartoon 360 in Barcelona.

Mavka. The Forest Song is scheduled for release in Ukraine in 2020.