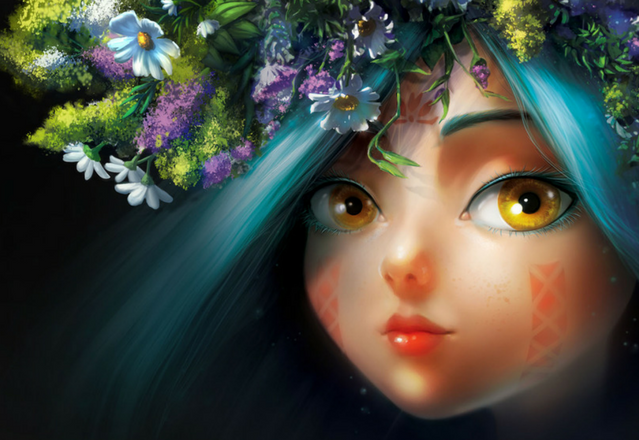 Producers of Mavka. The Forest Song project have been invited to Belgium to present the animated film at pitching session of the second co-production forum to take place on December 19-20 under the aegis of Be Film Festival (December 19-24). Mavka became one of just eight projects selected from all over Europe to participate in the pitching. Mavka. The Forest Song is not just the only Ukrainian project presented at the event but also the single animated feature.

The forum is an initiative directed at establishing partner connections among Belgian and other European content producers. Except for Ukraine, there will be projects presented by producers from the UK, Italy, Switzerland, Latvia, Serbia, and the Czech Republic.

“Our project making it to this pitching in Brussels is an incredible conclusion of 2017 for Mavka; it was a packed and successful year for her. It was the year when Mavka started her ‘international career’ from a successful presentation in Bordeaux at Cartoon Movie and onwards to about ten media events all over the planet, charming professional audience everywhere with her beauty, depth, and sincerity. It was a critical year, and two more are ahead. They will be no less memorable and intensive, as well as full of hard work,” - producer Iryna Kostyuk says.

The forum will be taking place over two days:

"Belgium is an important country for us, as we are negotiating coproduct plans with Belgian companies. Of course, we prepared ourselves and carry with us new materials of the film, which before, showed the Ukrainian professional audience at the winter film market of OIFF” - producer Anna Eliseeva says.

Every year, Be Film Festival is visited by European film industry participants to present their projects, exchange experience and take stock of the year which has reached its end. This year, the festival will take place for the 13th time.

Submission of the project "Mavka. The Forest Song "on these and other events is engaged in the company Media Resources Management.

FYI: Mavka. The Forest Song is a full-length animated feature produced by Ukraine-based Animagrad (FILM.UA Group). It is currently at the concept stage of development. The film is inspired by a play of the same name by Lesya Ukrainka, as well as by various Ukrainian legends and cultural traditions. The film’s production crew includes experts from leading ethnography institutes: the Ukrainian Studies Center at the Taras Shevchenko National University of Kyiv, the Ivan Honchar Museum, and the Ukrainian Fashion Museum. The experts are there to ensure the authenticity of the Ukrainian myths and legends, religious beliefs, rituals, and visual culture translated into the singular animated world of Mavka. And the world-renowned group

In September 2016, the animated feature Mavka. The Forest Song won the ninth contest held by the Ukrainian State Film Agency and was awarded state financing in the amount of 30% of the film’s total budget. In March 2017, the animated feature was the first to represent Ukraine at the animation forum Cartoon Movie in Bordeaux, where it was highly appreciated by the European professional audience. And in May of the same year, the producers presented the project with great success at the largest international animation business forum Cartoon 360 in Barcelona.

Mavka. The Forest Song is scheduled for release in Ukraine in 2020.