MAVKA saves the LYNX: HOME FOR THE LYNX project won the UN Partnership for Sustainability Award 2018 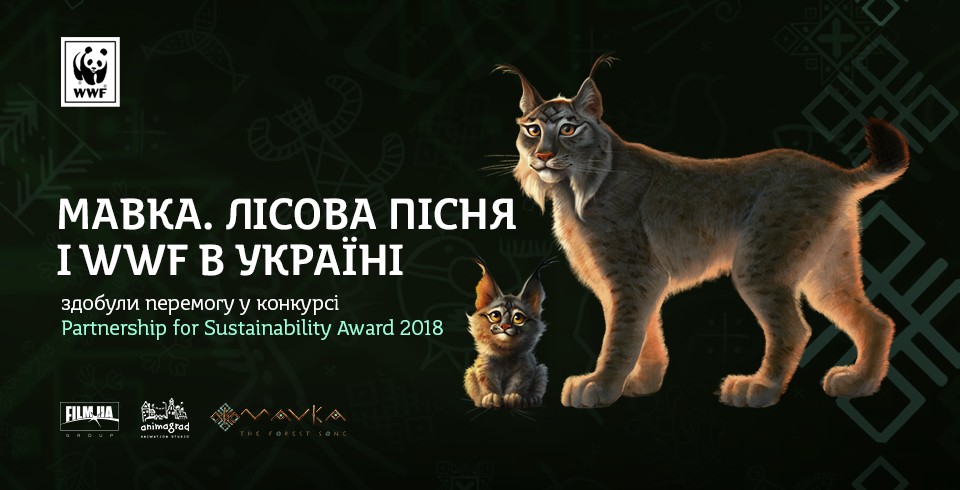 Mavka. The Forest Song animated feature (FILM.UA Group, Animagrad) together with the World Wide Fund for Nature (WWF) in Ukraine, have won a United Nations Global Compact in Ukraine Partnership for Sustainability Award 2018 for sustainable partnerships in the Planet category, with the ‘Home for the Lynx’ project!

On December 6, an award ceremony was held. 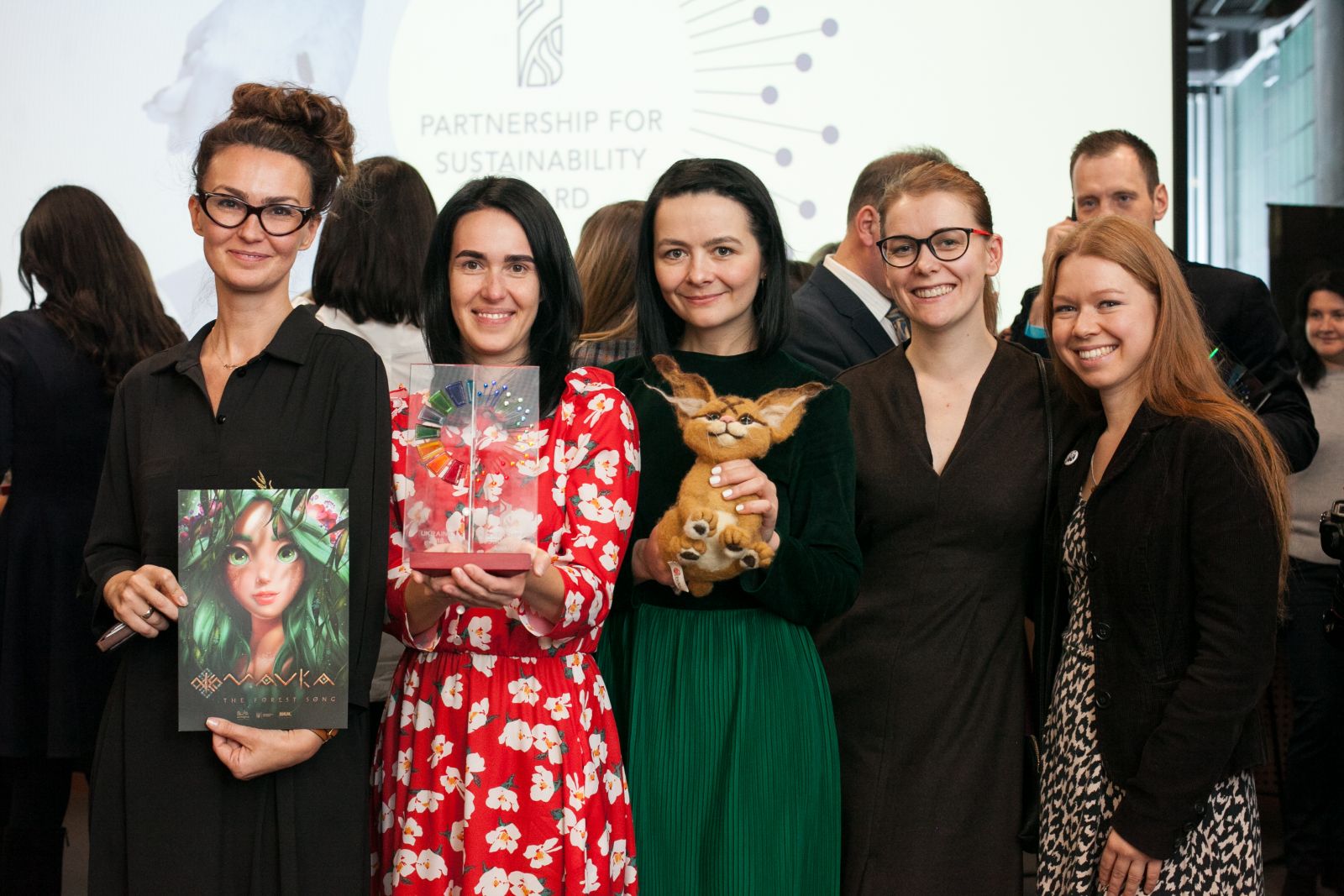 “It is so pleasant and touching to win in such a competition. The recognition of our work inspires us to make even more efforts: we keep working actively on the project ‘Home for the Lynx’ and developing the environmental trend within the framework of ‘Mavka. The Forest Song’ animated feature. We invite everyone who cares about the existence of a beautiful species of the Eurasian lynx in the Ukrainian forests to join our charity events, because this is an open area, and everyone can be a participant. Thanks to our partner WWF in Ukraine for effective cooperation. Whereas we share common values ​​and have a common goal, our partnership is so compelling,” – mentioned Iryna Kostyuk, the producer of ‘Mavka’. 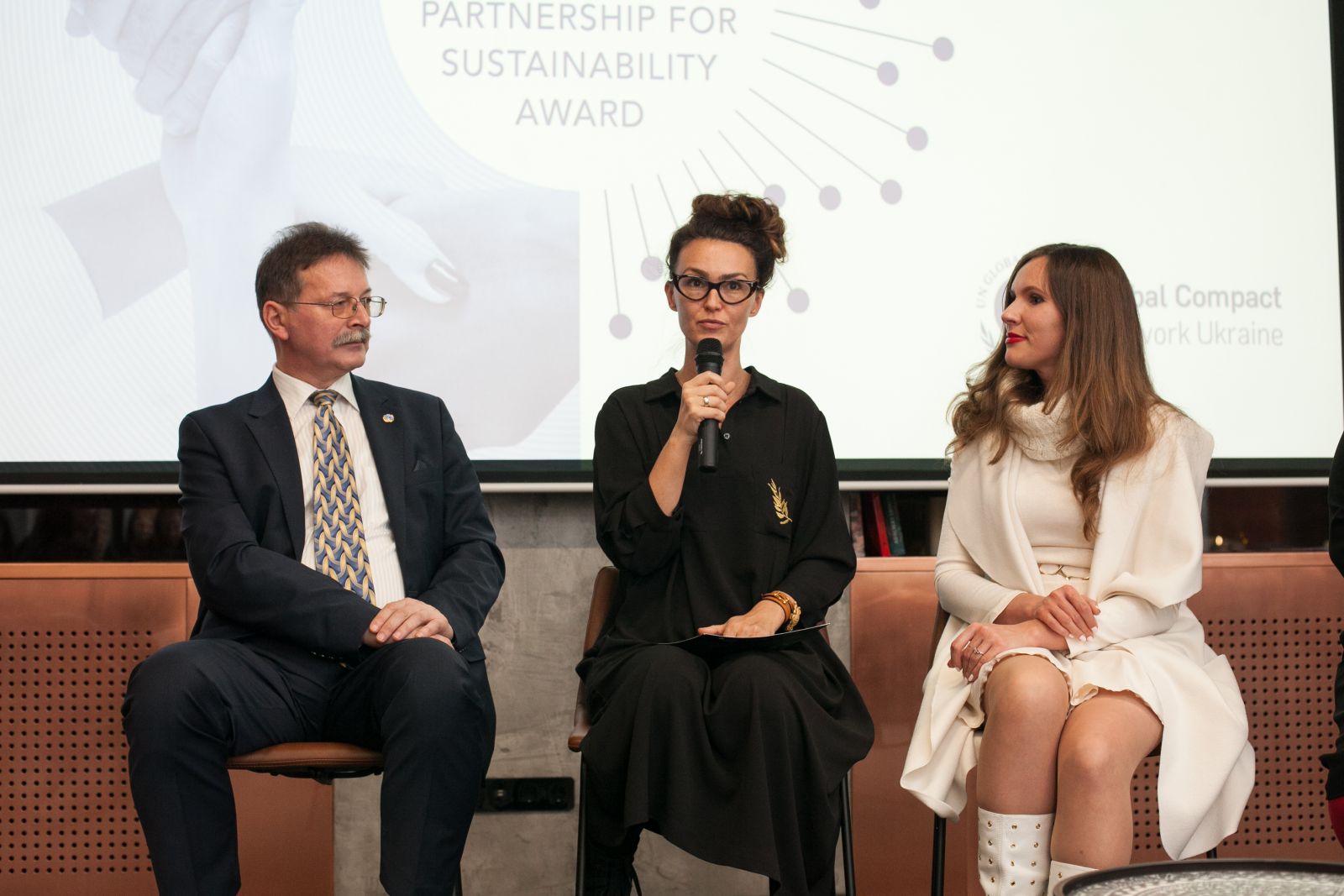 One of the missions of the animated feature ‘Mavka. Forest Song’, which is to be released in two years, is to draw attention to environmental problems – like the disappearance of an increasing number of representatives of Ukrainian flora and fauna listed in the Red Book of Ukraine, as well as cutting down Ukrainian forests. That is why plants and animals from the Red Book of Ukraine (Black Stork, Bison, Lynx, Brown Bear and others) are implemented in the magic world of the Mavka’s Forest. Also, an active social work is going in the framework of the film. 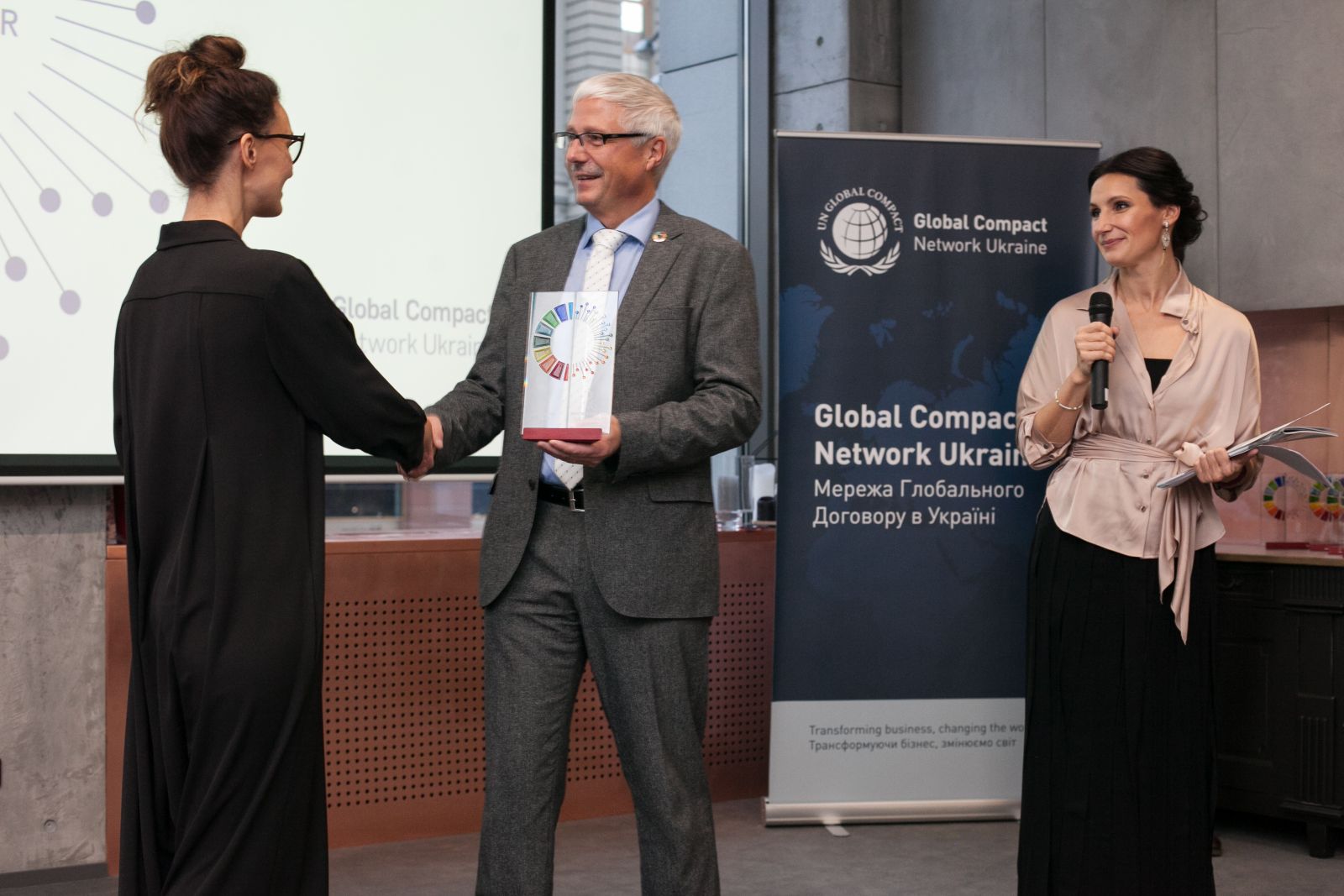 The main activity in this direction was the partnership of the ‘Mavka. The Forest Song’ team with the World Wildlife Fund WWF in Ukraine, that started over a year ago. The creative team and producers of the film, along with guides from WWF in Ukraine, made an expedition to the age-old forests of Polissia. This trip became the starting point in joint activities and brought a unique experience to both parties. Also, WWF experts conducted lectures and consultations for the creative team, in particular, for the artists of the project ‘Mavka. Forest Song’, to deepen the knowledge about animals and plants listed in the Red Book of Ukraine, which will inhabit Mavka’s Forest. Thus, every viewer will be able to learn more about the rare and endangered species of animals and plants that need our protection. 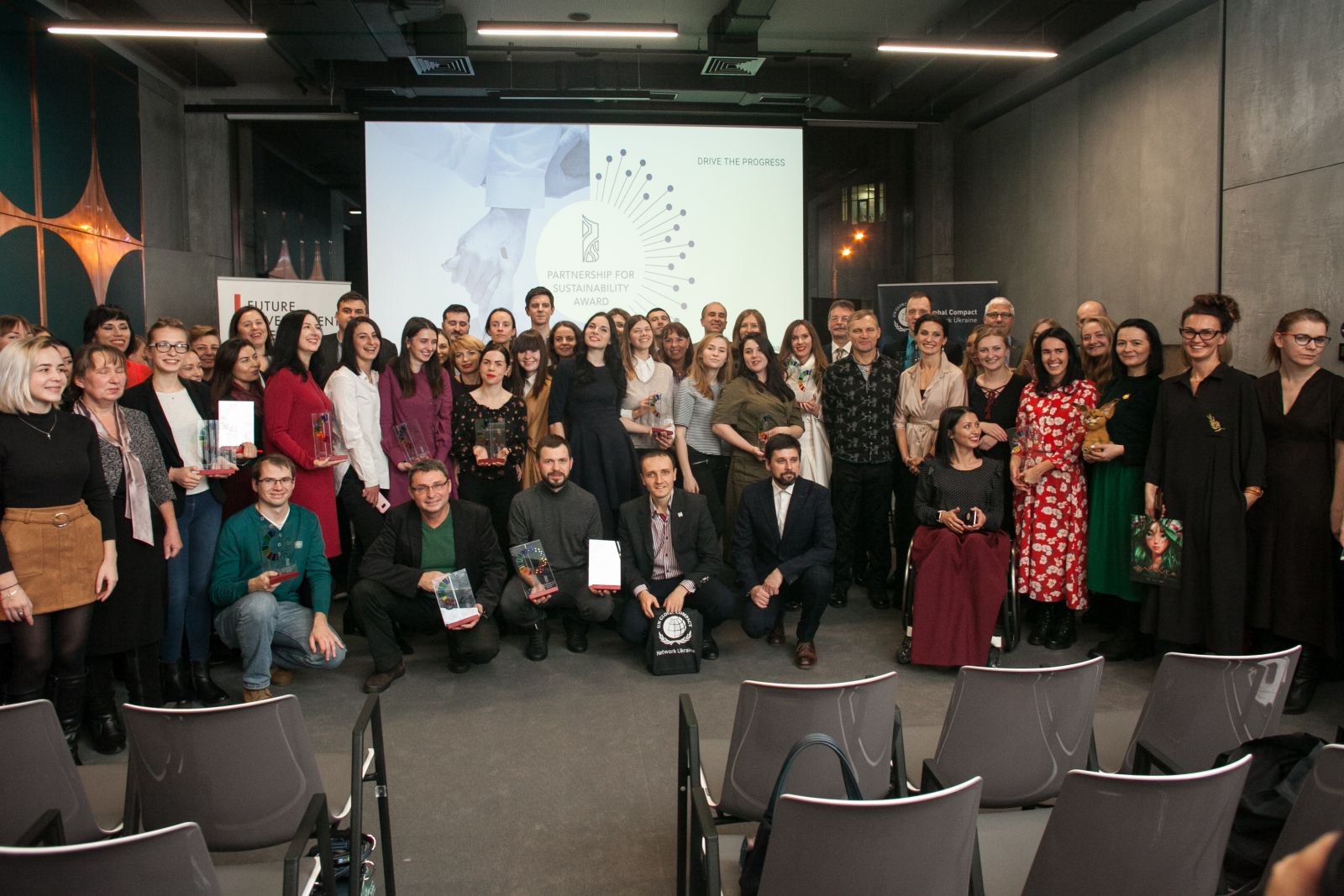 One of the main projects in cooperation with the WWF in Ukraine was the long-term social action ‘Home for the Lynx’. The goal of the project is to help lynx and her cubs survive in the Ukrainian forests. A rare species of lynx is listed in the Red Book of Ukraine, its existence in Ukrainian forests is extremely important not only for our country but also for the whole of Europe. 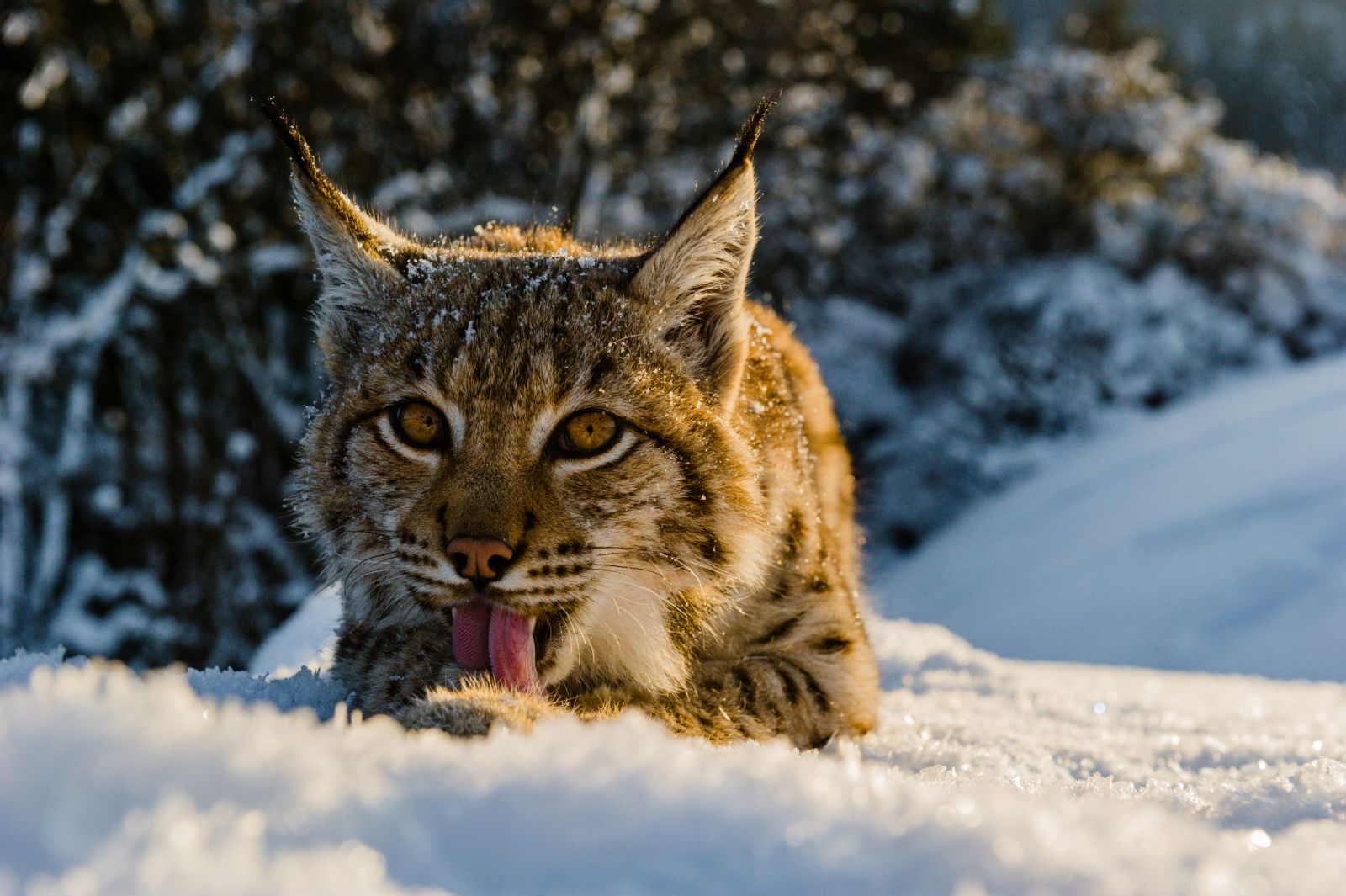 To conduct research on the population of the Eurasian lynx in Polissia together with the forest districts, and to start working on improving conditions in the habitats of lynxes, funds are raised as part of the ‘Home for the Lynx’ campaign. The fundraising accompanies the launch of the commercial formats of the ‘Mavka’ brand (The Mavka Universe) – like the books, shows, exhibitions or jewellery collections, dedicated to ‘Mavka. The Forest Song’ animated feature. Part of the funds from the purchase of products is transferred to the stock account and is accumulated on the WWF platforms in Ukraine.

"Together with the Kiev Books House publishing, The Forest Song series of books have already been released, and funds are being deducted from each copy sold to the account of the ‘Home for the Lynx’ campaign. Also, a unique jewellery was created together with ‘OBERIG JEWELRY’ - the ‘Mavka’s Talisman’ pendant, and it is also a part of a charitable cause, as a part of the money from each sale is sent to study the population of the Eurasian lynx in Polissia. The ‘Home for the Lynx’ campaign will take place before and after the film is rolled out, and the money will be collected during the launch of all the formats of the brand. So we have large-scale and long-term plans,” – shared Anna Eliseeva, the creative producer of ‘Mavka’.

Everyone can join the ‘Home for the Lynx’ campaign! Details on the website within a particular section.

“We believe that we are making an important environmental and social contribution with our project. The more popular is the animated film ‘Mavka. Forest Song’ – the wider audience will talk about animals in need of protection. And since we are planning not only Ukrainian but also international releases, we will attract an international audience,” – mentioned Egor Olesov, the producer of ‘Mavka’.

The UN Global Compact Network in Ukraine is the official representative of the UN Global Compact global network – UN initiative that unites the UN and companies around the world, serving as a translator of sustainable development goals, is an interactive platform for business, investors, civil society, labour organizations, local governments and government.

Companies from Ukraine and Belarus took part in the competition, presenting projects in 4 nominations: Society, Planet, Economic Development and Peace. The list of finalists includes such companies and organizations.: